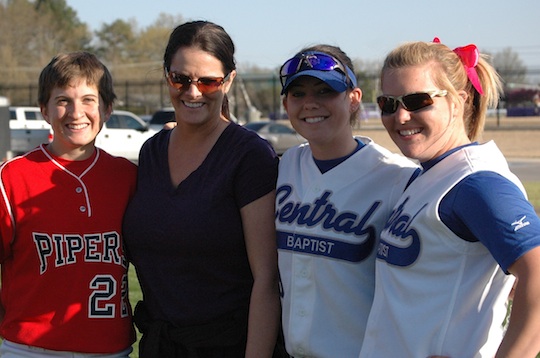 Add Sarah Hart, left, to the former Bryant athletes playing at the next level. A freshman at Lyon College, Hart is shown here with former Lady Hornets head coach Lisa Stanfield and former teammates Hailey King and Christen Kirchner of Central Baptist College when the two teams played each other on Monday, March 29.[more]

According to Hart's father Mark, she has played in 23 of 24 games and is hitting .271 with an on-base percentage of .411. She leads the team in walks and, defensively, with putouts with 106. She's played catcher, right field and third base.