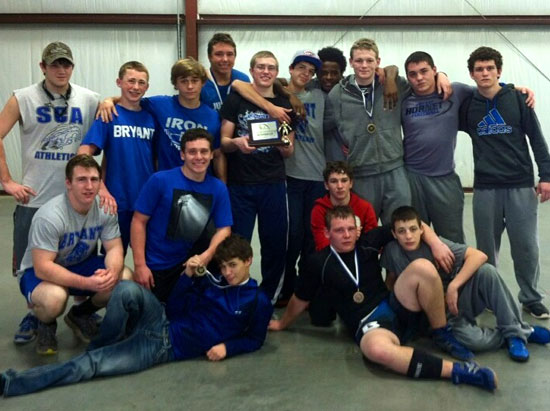 GREENBRIER — For the first time in the brief history of the Bryant High School wrestling program, nine Hornets placed in the top four at a meet on Saturday at the Greenbrier Invitational.

Kyle Thompson and Ben Freeman each earned first-place honors. Austin May and Alex Williams each finished second in their respective divisions while Spencer Qualls was third.

Bryant is scheduled to wrestle again on Tuesday in a dual match at Little Rock Central. The 7A/6A Conference tournament is Saturday, Feb. 1.