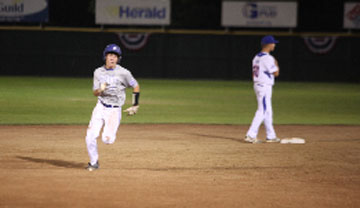 But Bryant answered with three runs in the bottom of the inning and chipped away while right-hander Dylan Hurt settled in and shut out the Florida team over the next four innings before getting relief help from Alex Shurtleff in the top of the sixth. Bryant proceeded to rally, grabbing the lead with a four-run third on the way to a 9-7 victory that, instead, ended the season for Longwood.

With the win, Bryant advances to the semifinals of the single-elimination championship bracket. On Friday at 8 p.m., Pacific (10 p.m., Central), the team will play Winchester, Calif., with the winning advancing to the title game on Saturday. 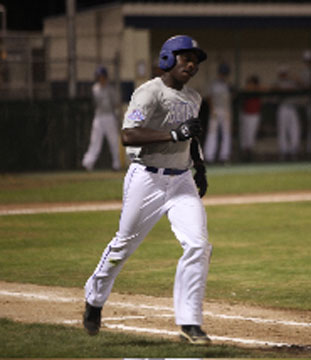 The win was Bryant’s fourth in a row after opening pool play in the Series with a 10-1 loss to Clifton Park, N.Y., which will play in the other semifinal on Friday against Tualatin Hills, Ore., a 12-5 winner over Jasper, Ind., in Thursday’s first game.

Misenheimer continued his hot hitting in the tournament going 3 for 4 with an RBI and two runs scored. Orender and Hurt each had two hits with Hurt knocking in a pair.

Only two of Florida’s seven runs were earned as Bryant suffered three errors to go with a walk, a hit batsman and three hits during the six-run first.

In the home first, East singled to left and scored when Orender lashed a triple to right. Shurtleff followed with a drive beyond the reach of the centerfielder for another three-bags. Misenheimer singled him in to make it 6-3 before Longwood starter Robbie Scott got out of the inning. 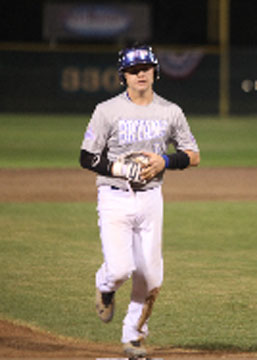 He would not get through the second. After Bryant turned a doubleplay to erase an inning-opening single by Scott in the top of the second, the Florida hurler walked Coleman and hit Allen.

After a pitching change, Hastings drew a free pass to fill the sacks for East who delivered a sacrifice fly. Allen tagged and went to third on the play but Longwood got out of the jam when Bryant tried to steal a run as Hastings took off for second. Hastings was thrown out and, when Allen broke from third, a return throw nailed him to end the inning with Florida clinging to a 6-4 lead.

Hurt retired the side in order in the top of the third and Bryant surged into the lead in the home half.

Orender instigated the uprising with a single up the middle. With one out, Misenheimer ripped a base hit to left. Hurt then slapped a single to right, chasing in Orender to make it 6-5.

Kelly’s single to left refilled the bases for Coleman who waited out a four-pitch walk that forced in the tying tally. Moments later, a passed ball allowed Hurt to score and when Allen’s grounder to second was booted, Kelly scooted home to make it 8-6.

Hurt pitched around a two-out infield single by Geovani Sostra in the top of the fourth and, in the bottom of the frame, he knocked in an insurance run, lofting a bloop single to right after Misenheimer had belted a two-out double to left.

In the top of the fifth, Hurt set down the first two before Cole Blochowski shot a triple to left. But he was stranded when Hurt got the next batter, Brandon Tague, to fly out to Kelly in right. 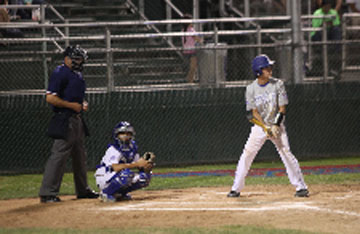 Allen and Hastings had one-out singles in the bottom of the fifth but Tague, the third Longwood pitcher, got out of the jam.

In the top of the sixth, Hurt retired Chad Miller on a comebacker but singles by Robert Barnhardt and Josh Bates resulted in the switch to Shurtleff. Sostre grounded into a force at second as Barnhardt scored but Scott skied to Kelly in right to end the threat.

Shurtleff retired the first two in the top of the second on bouncer to East at short. Bochowski singled to left but Shurtleff fanned Tague to end the game.