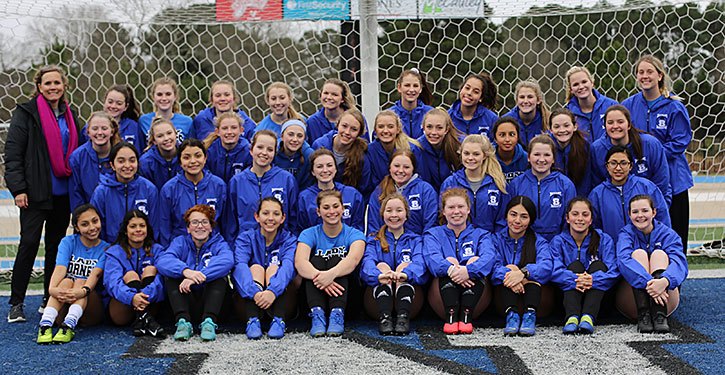 After both teams made a run to the Class 6A State championship game last year and the Lady Hornets won it all, the Bryant girls and boys soccer teams star their bid to return today when they play benefit games at Rogers.

The Lady Hornets travel to Searcy for the official opening of their season on Monday, March 2, while the Hornets, who were State runners-up last spring, open on Tuesday, March 3, at Russellville.

Freshman Estefania Ramirez has earned a starting nod for the Rogers game. Another freshman Hannah Brewer could get a starting assignment. The team also welcomes in junior Katie Sucher, a move-in from Texas.

“We’ll have 11 out there that were on the team last year,” said Friday. “Our biggest question mark is depth because coming off the bench are a lot of sophomores. They’ve shown well in practice. I think just because they’re young and eager that they work really hard. But it’s going to be interesting to see how they match up with probably the toughest schedule they could possibly have this season.”

The Hornets will start the season without a pair of starters due to injury. “Our outside backs, J.J. and Caleb,” related the coach. “We changed our alignments to deal with that to a 3-5-2.

“So, we’re going to have to throw some players in there,” he continued. “It might be a rough start, but I think, honestly, by the time we get in conference, we’re not going to play anybody harder than we’ll be playing in non-conference. I think it will help us out.”

After playing for a State title last season and putting together a long winning streak to end the season and get to the title game, the Hornets should be confident.

“They have confidence but then they’re nervous because we lost a bunch of starters,” Friday said. “They’re worried about how it will go.”

But he saw a bit of a turn in that attitude when the Hornets played an alumni scrimmage against former Hornets.

“Our practices leading up to the alumni game were bad,” Friday said. “The guys with the experience were kind of frustrated with the guys with a lack of experience a little bit.”

The alumni team got out to a 2-0 lead in the first half.

“I talked to them at halftime,” said the coach. “We had probably four opportunities in the first half that we should’ve buried. It should’ve been 4-2. I told them, ‘I know you were worried but, realistically, if you buried the opportunities that you had.’

“And we kind of gifted two goals to them because of defensive mistakes that should’ve been dealt with better,” he added. “‘If you deal with that and you finish our opportunities, it should be 4-0 at halftime. And you’re playing against college kids.’”

With that in perspective, the Hornets “came out buzzing with a little more confidence and stuck in two and probably could’ve stuck in a couple more,” Friday said. “I think that happened at the right time because the practice afterwards they were zipping around with loads of energy and it looked a lot cleaner.”

In conclusion, he said, “Even though we lost all the seniors, I think we have all the potential to go back and do it again because, yes, we lost a lot of seniors but so did everybody else (in the conference). Everybody’s in the same boat as we are. But I think we do a better job of developing the youth. I could see our JV team going undefeated.”