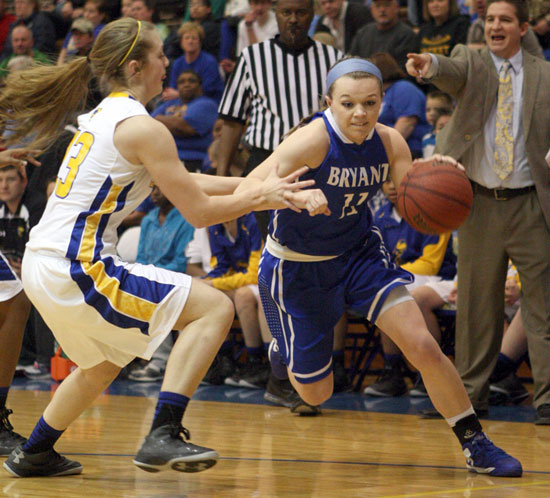 Davis will play for the West team for head coach Charles Berry of Huntsville at the game to be played Thursday, June 20, at the Farris Center at the University of Central Arkansas.

A two-time all-conference selection, Davis average 11 points a game as she helped lead the Lady Hornets to a bid to the Class 7A State Tournament. The team’s go-to shooter from 3-point range, she connected on 33 percent of her 3’s, scoring a season-high 20 points against Sheridan. Davis developed into a team leader as a senior.

The West squad will also include Bauxite’s Mary Crow. Another Bryant connection is East assistant coach Selita Farr, a former player on Lady Hornets’ State championship teams, who guided the Little Rock Hall Lady Warriors to the 6A State title this spring.