Sarah Kennedy was named honorable mention after leading the Lady Eagles with 324 assists on the season. The senior also contributed with eight service aces and 86 digs. The Bryant native finished 15th in the AMC with 4.0 assists per set. While it was the first time in her career to receive this honor, she has been named Academic All-AMC every season she has been eligible.

Henson was named honorable mention for the third time in her WBU career. The junior led the Eagles and finished second in the AMC with 5.5 digs per set. The Dallas, Texas, native finished the season with 499 digs and 20 service aces. She now has accumulated 1,413 digs in her career, ranking second in school history.

Kennedy, Samuel, Mingo and Little have all earned academic honors multiple times in their careers, while Brown, Green and Roberts made the team for the first time.

To be eligible for Academic All-Conference honors, student-athletes must be in their second semester at their AMC institution, have at least a 3.0 GPA and finish the year on the team.

The Lady Eagles season came to an end after finishing in 11th place in the AMC. 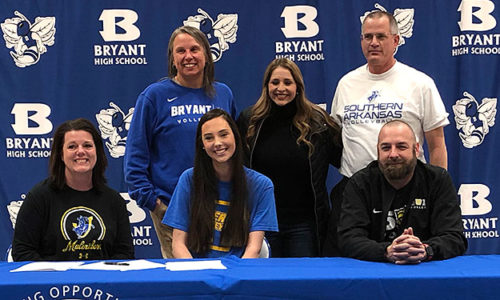