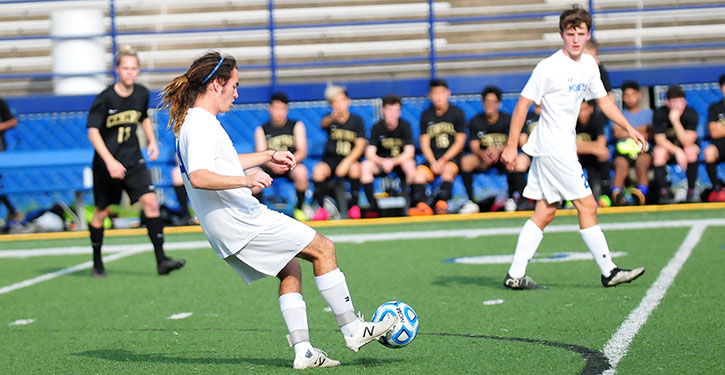 Hornets break through with league win over Central 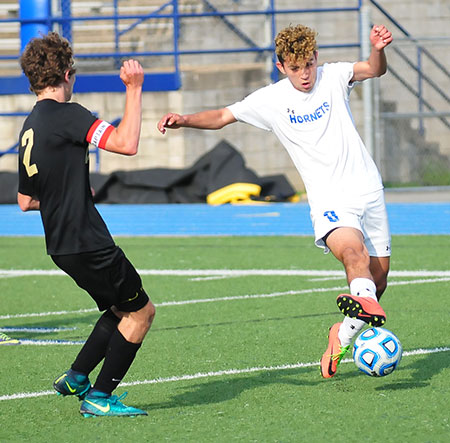 Brian Resendiz works to get past a Central defender. (Photo by Kevin Nagle)

The Bryant Hornets have been excruciatingly close to winning a 7A-Central Conference game in their first three outings but, on Tuesday night as they returned to action following spring break, they finally broke through with a 3-1 win over the Little Rock Central Tigers.

Senior Brian Resendiz had two goals and the Hornets shut out the Tigers until the last minute of the contest.

“We were good defensively and kept possession well in the first half,” noted Hornets coach Richard Friday. “We missed two opportunities to score from Brian Resendiz and Martin Ramirez. 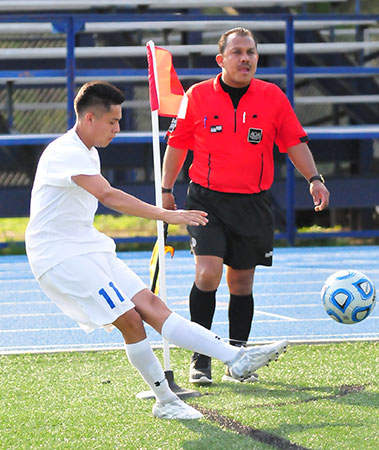 Ramon Aguilar broke the ice on a scoreless match with a second-half goal. (Photo by Kevin Nagle)

“We came out in the second half a little sloppy but a goal from Ramon Aguilar from a set piece put us in front,” he related.

The two goals from Resendiz followed.

“That gave us a good cushion,” Friday said. “Unfortunately, we gave up a goal late to prevent the clean sheet.

“It was nice to have a well-rounded game with both good offense and defense,” he concluded.

The Hornets are now 4-4-1 overall and 1-3 in league play. They’ll play next on Tuesday, April 4, at home against Cabot. 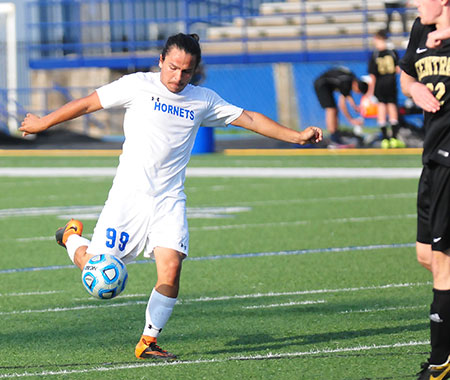 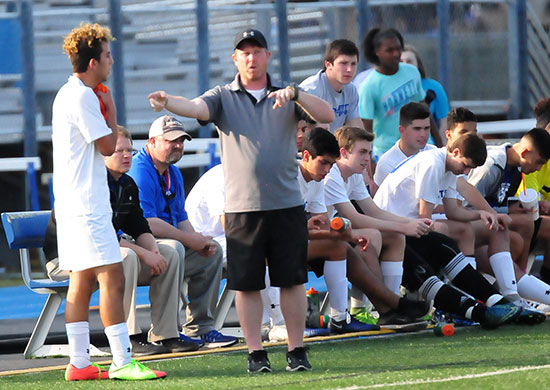