Lady Hornets bounce back with sweep of Cabot 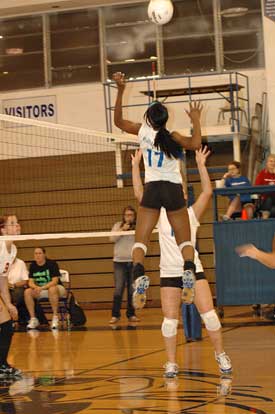 Rebounding from a disappointing loss at Mount St. Mary on Tuesday — their first 7A/6A-Central Conference setback — the Lady Hornets swept past the Cabot Lady Panthers, 25-9, 27-25, 25-22.

“Tonight’s win was definitely the pick-me-up that the girls needed after Tuesday,” acknowledged Lady Hornets coach Beth Solomon. “This puts us back on the positive side as far as our record in conference at 2-1. We’ll keep building on this through next week.”

As so often is the case when the Lady Hornets are at their best, several players contributed kills, this time seven of them led by Brianna White’s 10. McKenzie Rice and Alyssa Anderson added seven each. But it was the improved blocking that had Solomon pleased.

“The big difference was our middle blockers,” she stated. “Brianna White and Alyssa Anderson really stepped up on blocking for us.” 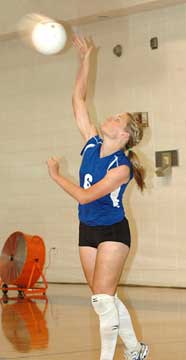 White had six solo blocks and Anderson three and each assisted on another block.

“We’ve been working hard on putting the great passing with with the great hitting and blocking and tonight it worked,” Solomon said. “We still are working on being more consistent as we had a few ‘down times’ in game two. But I’m proud of the way the girls played tonight.”

Bryant was good on 89 percent of its passes and its serves. Anderson and Taylor West each had 13 good serves, Hannah Rice nine. Anderson, Hannah Rice and McKenzie Rice each had two aces while serving. Lauren Reed had 14 good passes without an error.

In addition, Hannah Rice came up with 12 digs and 25 assists.

Bryant’s JV team also had seven different players contribute kills led by Aubree Allen’s five. Erica Smith had four and Courtney Davidson three. Smith also had two solo blocks and Allen one while combining with Alex Boone on another. Carley Choate set for 17 assists and had five good passes without an error.

The top servers were Davidson and Allen with 12 and 11 good serves, respectively. Each had four aces as well. Wilson had nine good serves with an ace. 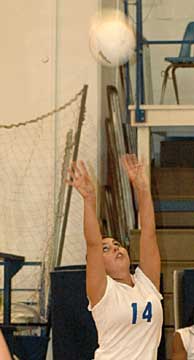 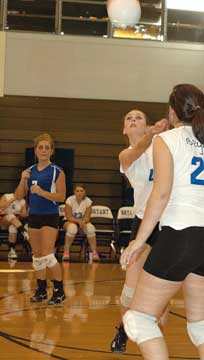