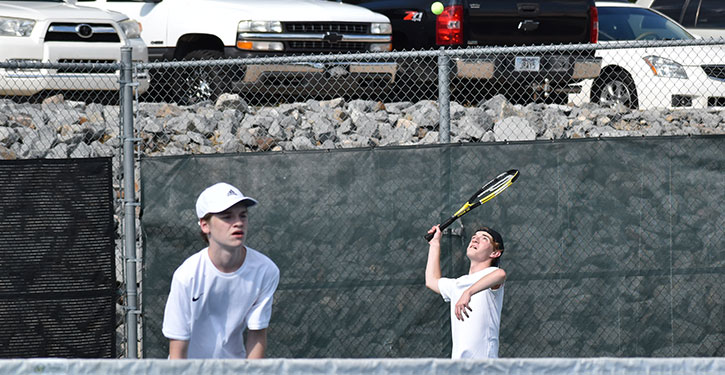 The girls also won four of five JV matches. The Lady Hornest had debuted earlier in the week against Mount St. Mary.

Thursday was the season opener for the Bryant boys, who managed one varsity win in four matches and one junior varsity doubles victory in three JV battles.

Both teams are scheduled to return to action on Tuesday, Aug. 25, against White Hall in Pine Bluff.

Garcia and Cookus won a JV doubles match over Chase Palmer and Trevor Lake, 6-2. But North Little Rock’s Will Brown joined Gorbet on. 6-4 win over Corwin Martin and Cade Queen. In addition, Kelly and Britton edged Shamlin and Hill in a rematch, 6-5.