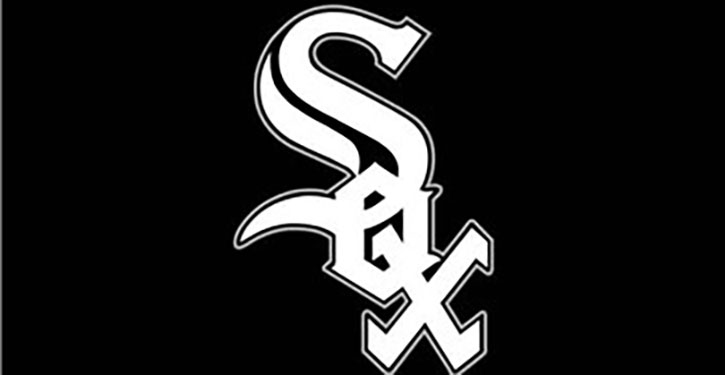 HASTINGS, Neb. — The Bryant Black Sox, trailing 2-0 to the Hastings, Neb., Chiefs, the host team of the Mid-South Regional American Legion Tournament, loaded the bases with one out in the bottom of the fifth. Cade Drennan made a bid for a hit, but his liner was snagged by Hastings shortstop Gabe Conant.

With missed opportunities earlier in the game, Sox manager Darren Hurt may have felt like, with that lineout, his team might be denied again.

“There’s no doubt,” he related later. “I mean he hit that ball hard and right at him.

“I tell you it was huge play in the game but for a weird reason because, most base-runners are doubled up on that line drive, and (Logan) Chambers did a great job of stepping back to second. As soon as it was hit, he went back to the bag. And that’s the only reason he was safe. It was still close, but he was safe.

“If that had been a doubleplay, of course, it’d been a dagger,” he acknowledged. “Little things like that kind of go unnoticed but Chambers did a great job on that. I was like, I don’t know how much harder you’ve got to hit a ball in that situation.”

So, the Chiefs were an out away from escaping with the lead but, on the next pitch from Hastings’ right-hander Tyson Gatto, Jake Wright belted a drive to left for a clutch bases-clearing triple that not only got the Sox on the board but put them in the lead, 3-2.

Though Wright was out trying to score on a short passed ball to end the inning, Coby Greiner came in with a man on and no one out in the top of the sixth and put together two scoreless — if not tension-free — innings of relief to earn the save as Bryant won a nail-biter in the opening round of the Regional.

After Bryant had taken the lead, Conant led off the top of the sixth with an infield hit against lefty Tyler Bates, who had relieved starter Slade Renfrow to get out of the Chiefs’ two-run fourth. He pitched a scoreless fifth but, after Conant’s single, Greiner was called upon by Hurt.

Conant went to second when Ashton Valentine tapped back to the mound. Tyson Bonham followed with a chopper over Greiner’s head. Logan Chambers, the Sox shortstop, fielded the ball at the bag at second and tagged out Conant, who could not get back in time.

“I think the kid was trying to mess with Chambers to get him to miss the ball, kind of stand in the way,” Hurt observed. “And Chambers just kind of came up and fielded it. The kid was right there on top of him and he was able to, right when the ball hit his glove, tag him.”

That proved to be a big out when Mike Boeve followed with a single up the middle.

With runners at first and second, Greiner got clean-up hitter J.T. Cafferty to pop out to Peyton Dillon in foul territory beyond first to end the threat.

After Conant, on in relief of Gatto, pitched around a one-out error in the bottom of the sixth, Hastings started the seventh with a hope-filled walk to Josh Brooks. Mason Brumbaugh fouled out to Dillon for the first out. With pinch-hitter Michael Shaw at the plate, Brooks took off on a steal attempt of second. He got in safely but had to return as the homeplate umpire cited Shaw for interfering with the throw by Sox catcher Cade Drennan. Shaw was ruled out.

But there was still mystery in the inning as the next batter, Jake Shaw worked a walk to put the potential tying run at second and lead-run at first.

After a visit from Hurt, however, Greiner bore down and struck out Conant to end the game.

“I told him where we were in the order first of all,” Hurt recalled, “which was down at the nine-hole.

“The balls he was throwing were just low,” he related. “They were just missing. The umpire just wasn’t giving them to him. And they were probably down a little bit, he just wasn’t getting the calls and he was getting a little frustrated.

“I just told him, ‘Just go right at this guy. Let’s not try and nibble. Just throw it over the middle of the plate and if he’s going to beat us then make it be him that beats us.’”

Conant fouled off a pair of pitches before swinging a missing a 1-2 delivery.

To set up Wright’s different-maker in the fifth, Greiner had blooped a single to right with one out then Chambers reached on an error on a grounder to second. Logan Catton waited out a four-pitch walk to load the bases.

Slade Renfrow started for the Sox and struggled with his command. In the top of the first, he had to pitch around a hit batsman and a one-out walk. But he fanned Cafferty and Brooks to keep Hastings off the board.

Gatto pitched around a one-out single by Catton in the bottom of the inning.

In turn, Hastings threatened again. With one out, Leif Spady was struck by a pitch then so was Jake Shaw. Conant walked to load the bases but Renfrow escaped again by fanning Valentine and Bonham.

Renfrow set down the Chiefs in order in the top of the third but the fourth was rugged. Brumbaugh blooped a single to right for Hastings’ first hit. Spady got a sacrifice bunt down that Catton came in hard from third to field. He threw him out at first, but third base was left uncovered and Brumbaugh hustled in there.

Jake Shaw followed with a squeeze bunt that Renfrow got to with a good effort, but his toss pulled Drennan away from the sliding runner and Hastings took a 1-0 lead.

Conant then sacrificed Shaw to second and Valentine reached on catcher’s interference. Bonham was struck by a 1-0 pitch and the bases were loaded for Boeve, who worked an RBI walk to make it 2-0.

That’s when Hurt called in Bates.

“He tricked me,” Hurt said of Renfrow, who was the Outstanding Pitcher of the Arkansas State Tournament. “I was going to pull him, and he tricked me because he got himself out of it. When he was throwing strikes, they couldn’t touch him. But he couldn’t control anything, couldn’t command it.

“I think it was nerves,” he mentioned, noting that it was the right-hander’s first appearance in a Legion Regional. “He’s a loosy-goosey type kid and when he tightens up, he’s not as good. He knows that. I think that’s exactly what it was. He’ll be better next time out.”

In the home fourth, the Sox made a bid to get on the board when Drennan drew a lead-off walk and, with one out, Gage Stark stroked a single to left.

But Gatto kept the Sox at bay with a pair of strikeouts.

In the top of the fifth, Bates walked Brumbaugh with one out but, even though Brumbaugh stole second, Hastings was denied as Bates fanned Spady and got Jake Shaw to groundout to Catton at third.