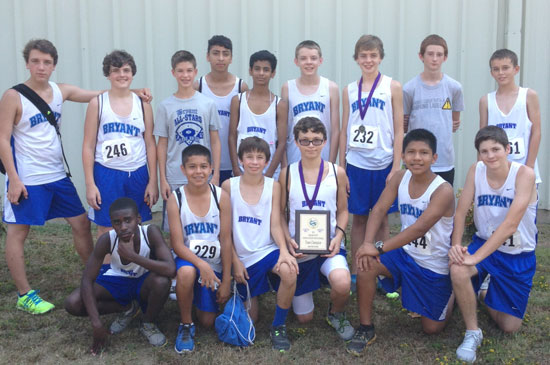 “That was a great way to start the season,” said Hornets coach Steve Oury. “Shannon Zamora did a tremendous job of pacing himself and working through some traffic to finish second. Although I would like to see a closer gap between Shannon and our next runner, once Colby Harvey came in ninth, we took the next six places and only had a 5-second gap between our second and seventh runners, which is awesome.

“We are going to try to extend our winning streak against local competition this Thursday at our home meet,” said Oury, referring to the annual Bryant Invitational at Bishop Park on Sept. 12. “It is very important for us to defend our title at our home meet, so we are really looking forward to it.

“As usual, Coach Deanna Porter at Bryant Middle School and Coach Kayla White at Bethel Middle School are doing a great job,” he added. “Four out of our top seven runners were in either seventh or eighth grade.” 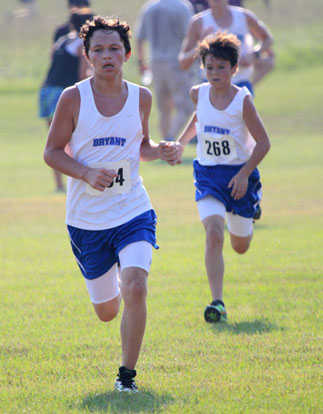