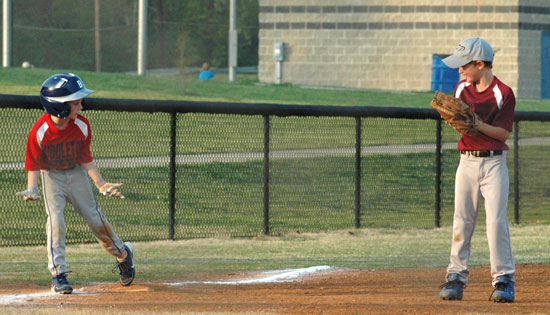 EDITOR'S NOTE: All youth teams are welcome to submit scorebooks with rosters to rob@bryantdaily.com for game reports.

After building a 6-1 lead over the first three innings, the Action Sports Pix A’s held off the[more] comeback of the Middleton Heat and Air team for a 6-5 win in the Bryant Athletic Association Rookie League action at Bishop Park Tuesday night. 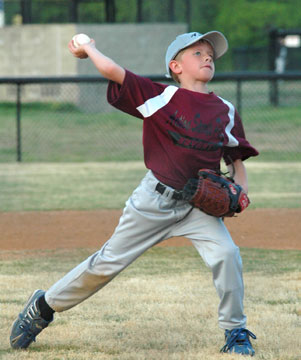 The A’s finished with 12 hits including two each from C.J. Nagle, Gage Horn, Luke Bickerstaff, Braxton Fischer and Mason Dougherty.

For Middleton, Dawson Brown went 3 for 3. William Brown and Cason Trickey each had two hits.

In the opening inning, Middleton grabbed a 1-0 lead on a triple by Dawson Brown and a single by William Brown. In the home half of the frame, the A’s countered with two runs to gain the advantage. Nagle singled, Horn doubled and Bickerstaff chased them both home with a triple.

Middleton threatened in the top of the second. Trickey led off with a double but, with two down, had to hold at second as Samuel Davenport beat out an infield hit. But the A’s got the final out with the lead intact.

Lee Eskridge singled to open the ASP second but Middleton retired the next three batters to strand him at first. 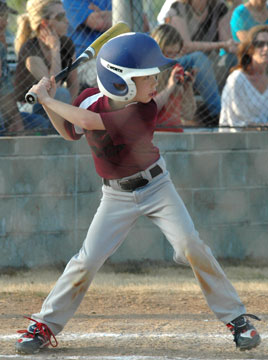 But, after a 1-2-3 top of the third, the A’s increased the advantage with a four-run home third. Dougherty got it started with an infield hit. Nagle singled then both scored on Horn’s triple. Bickerstaff’s base hit made it 5-1. Singles by Jayden Everett and Fischer brought Bickerstaff around with the fourth run of the inning.

Middleton went right to work on a comeback in the top of the fourth. Both Browns singled as did Jake Herdner, producing a run. With one out, Hayden Calhoun’s knock chased in William Brown to make it 6-3. Herdner tried to score on the play as well only to have the A’s relay the ball to the plate in time for the out.

Mikey Nelson kept the inning going with a single but ASP induced a grounder to short by Davenport to end the inning.

But Middleton set down the A’s in order in the bottom of the fourth and went to work again in the top of the fifth, putting together a two-out rally fueled by singles from Clay Crawford and Brett Wilson. That brought up Dawson Brown who came through with a double that drove in both runners, making it 6-5.

With Brown at second, representing the tying run, the A’s recorded the third out on another bouncer to short to retain the slim lead.

In the bottom of the fifth, a two-out single by Dougherty went for naught, setting up the final chance for Middleton. With one out in the top of the sixth, Trickey beat out an infield hit but a pair of groundouts followed as Action Sport Pix held on for the win in a well-played contest.