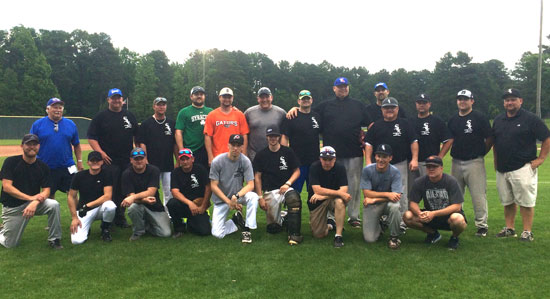 They chose up sides and played some ball on Friday night at Bryant High School Field.

Former members of the Bryant Black Sox American Legion team played in a benefit “Alumni Game” with the proceeds going to the Legion program.

In addition to the game, which went 5 ½ innings and ended with the home team winning 4-3, the State championship teams from 1995 and 2005, coached by the Harrisons, were honored in celebration of the anniversary of those titles.

In addition, Everett Buick GMC, represented by Suzie Everett, was given a token of appreciation for sponsoring the Bryant Athletic Association baseball from Tee Ball to Senior Legion.

The game was called, in part, due to the threatening weather.