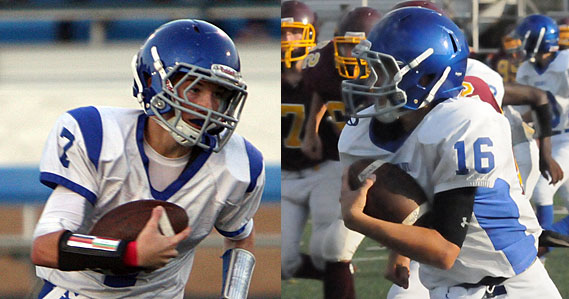 The 2013 Hornet Bowl pitting the eighth grade football teams from Bethel Middle School and Bryant Middle School is this evening with kickoff at around 5:30 p.m. The game will be preceded by the seventh-grade game between the two schools, starting at 4:30. It will be followed by the freshman game between the Hornets and Little Rock Central.

East is the lone common opponent between the two teams. Bryant White outlasted the Junior Charging Wildcats 32-28, on Sept. 26.

The Bryant freshman team is trying to stay in contention for a share of the Central Arkansas Junior High Conference championship. The Hornets are 4-2 overall and 3-2 in the league, a game behind co-leaders Conway Blue, Lake Hamilton and North Little Rock, who have yet to play each other.

The seventh grade game is a rematch of an early-season meeting, which Bethel won 16-8.