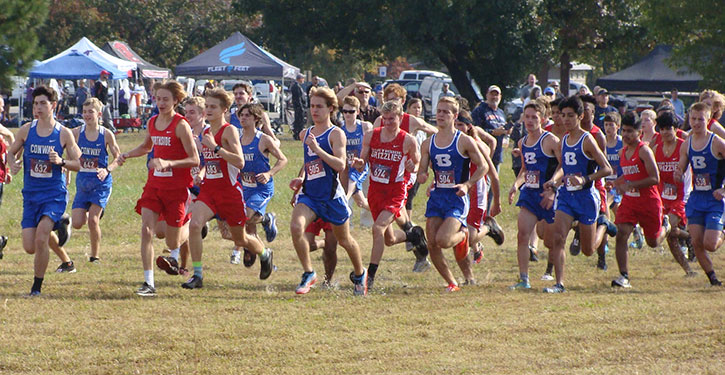 FORT SMITH — Brothers Bresner and Hagan Austin each earned all-conference honors as the Bryant Hornets finished third at the 6A-Central Conference cross country meet on a sloppy course in Fort Smith on Monday.

Bryant sophomore Chris Herrera just missed a top 10 finish and all-conference honors by placing 11th in a time of 17:38.58.

“The boys ran their hearts out in some of the sloppiest conditions I’ve seen,” said Hornets head coach Steve Oury. “Fort Smith was hammered with heavy rains last week, so the entire course was saturated and there was lots of areas of standing water. The Fort Smith Southside and Northside coached did a great job getting the course as ready as they possibly could.

“We knew that if Conway ran well, they would be tough to beat,” he related. “And Cabot is running really well right now. Cabot just edged us out for second bit I was pleased with our effort.”

“Now, we will start preparing for the 6A State meet, which will be at Oaklawn Park in Hot Springs on Saturday, Nov. 9.