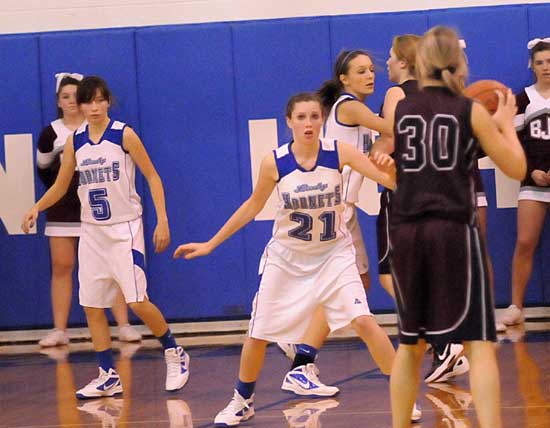 Round one of this year’s edition of Bryant vs. Benton basketball went to the[more] Lady Panthers freshman team in the consolation final of the Bryant Invitational Tournament Thursday night. Benton used an 8-0 run in the second quarter then held off a late run by the Lady Hornets to prevail 32-16. 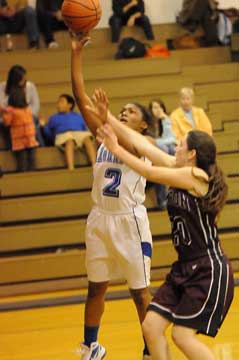 The two teams play again on Monday, Nov. 24, at Benton.

Bryant led early, 7-5, after the first quarter before Benton went on its second quarter surge to take a 13-7 advantage at the break.

“Benton is a very physical team and I think it took us a half to adjust to how they were playing,” said Lady Hornets coach Nathan Castaldi. “Defensively, we played a really good ball game. They struggled to score most of the game against our defense. We just made too many turnovers, which led to easy baskets.”

The Lady Panthers led 24-11 going into the fourth quarter but Bryant rallied to within 8. Benton put the game away after that, however.

“We just could not get over that hump,” Castaldi said. “Benton is one of the better teams in our conference, so this was a good game to see where we stand. Hopefully, we’ll have a couple of good practices before (Monday), work on some corrections and play a better game then.”

The Lady Hornets’ scoring was paced by Jayla Anderson with 6 points. Taylor Lindberg and Destiny Huffman each had 4 and Katie Davidson added 2. 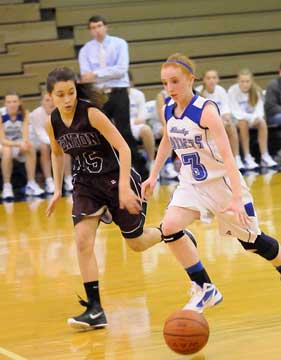