Governor Mike Beebe was in Bryant Wednesday morning to help dedicate the Arkansas History Room at Bryant Elementary School. The room, the only one of its kind in the state, was a vision that had come to fruition for third grade teacher, Jami Branch. She and her class worked together with parents and others to pull together artifacts and information about Arkansas.

Branch emotionally spoke of the project as a great accomplishment and held it up to the students of Bryant Elementary as an example of what could happen if they worked toward a goal.

“If you try anything, if you set your mind to it, you can do it, boys and girls,” expressed Branch. “Lots of people said this would never happen, and we proved them wrong.”[more] 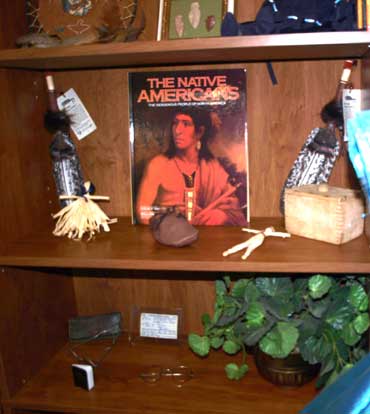 Branch recognized her students’ parents, the faculty, staff and administration of Bryant Elementary for their help on the project. She also praised the school as a whole.

“I know you are the best school in Arkansas. You have proven that, and I just know that students for years to come will enjoy this room,” said Branch. “This is something that no other school has.”She urged students to be excited about the room and said she wanted it to be a place they could go in and touch the items on display and explore them.

Beebe was the featured guest speaker of the event. He recognized Bryant as a great school, saying, “I’m not going to tell you you’re the best school in the state, but if you’re not, you’re one of the best.”

Speaking of the Arkansas History Room, Beebe said, “This is an example of initiative and what a teacher can instill in students and then what students can go do.” He also recognized parents for their involvement in the project.

He said he had toured the room and described it as a living history and a unique educational tool.

“The really thrilling part of this is that, even though Mrs. Branch really initiated all this … and even though the parents had a significant involvement … a whole bunch of the credit goes to kids,” said Beebe.

The Governor presented Branch’s class with a plaque to be hung in the Arkansas History Room. The plaque listed the names of all the students in the class as founders of the room.

Faulkner County Judge Preston Scroggins addressed the group and presented Branch’s class with a wooden butter press that had been passed down in his family.

Lisa Young, a representative of the office of Secretary of State Charlie Daniels, praised the school for dedicating a space to Arkansas history. She then gave the students a framed picture of the Arkansas Traveler to place in the room.

State Senator Shane Broadway of Bryant gave a surprise announcement that Branch and her class would be guests at the capital on March 2.