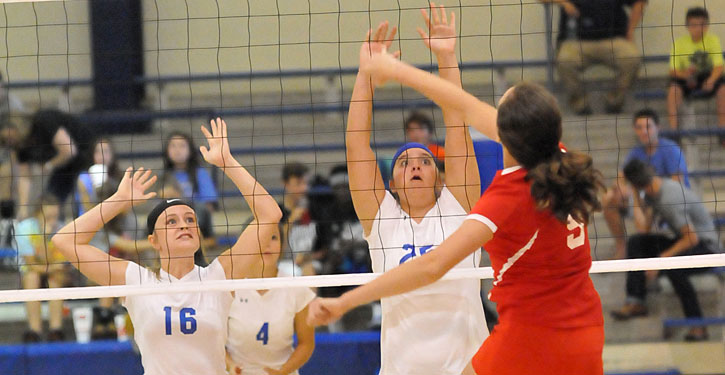 Bethel girls get past Cabot Red to keep record clean 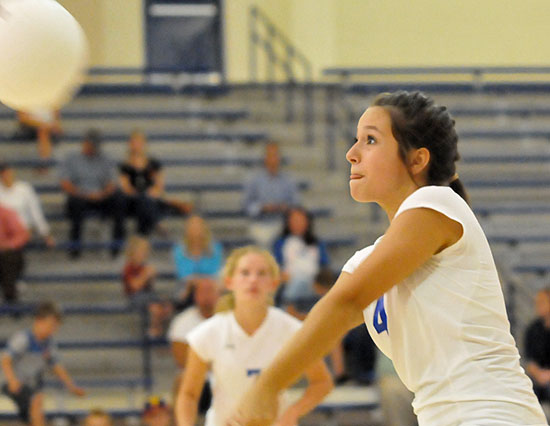 “Our serving usually wins us games,” noted Lady Hornets coach Melissa Bragg. “But (against Cabot Red), we struggled with them. Olivia German was able to string together nine good serves to help us out. 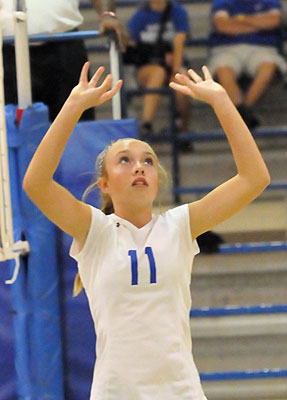 Abbey Inman sets for a teammate. (Photo by Kevin Nagle)

“I am happy about all the girls that were able to contribute,” she added. “We were able to run our offense, sometimes even out of system. I’m fortunate to have athletic girls that are able to do multiple skills on the court. I’m proud that they worked through their mistakes and squeaked out the win.”

Despite the struggled at the line, Alyssa Hernandez, Ella Reynolds and Madelyn Martin each served up aces.

Reynolds also contributed two kills and a block. Madelyn Martin, Erin Key and Abbey Inman came up with a kill apiece. Inman also had four assists and a dig.

Ashton Inman had a dig and a block. Lexi Feagin contributed an assist with German and Madelyn Thomas coming up with a dig apiece.

The next contest for the Lady Hornets will be tonight when they host Bryant White. 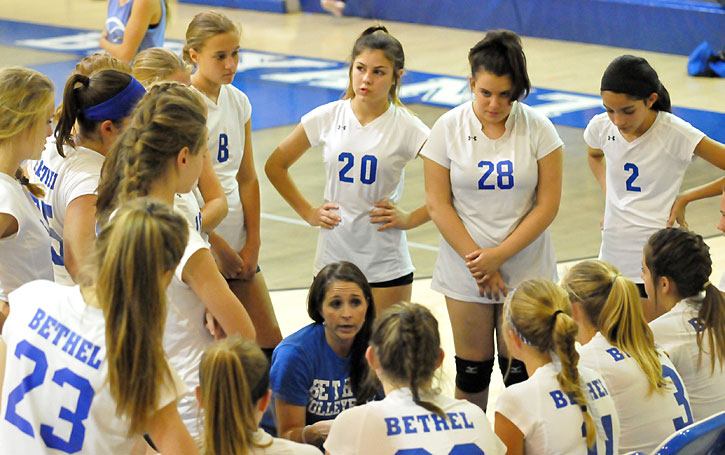 Bethel coach Melissa Bragg meets with her team during a timeout in Monday’s action. (Photo by Kevin Nagle)