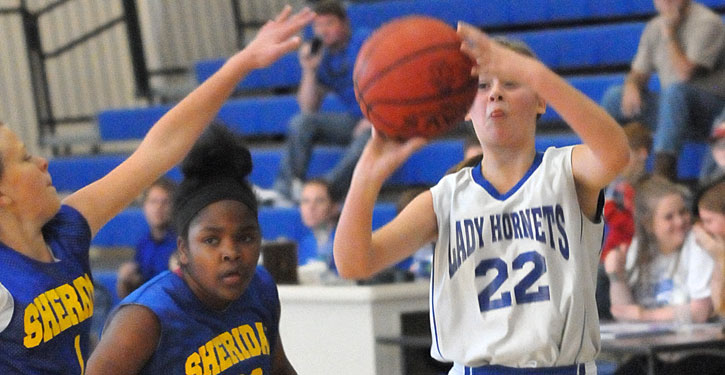 The Lady Hornets were set to play again on Thursday against The Anthony School. 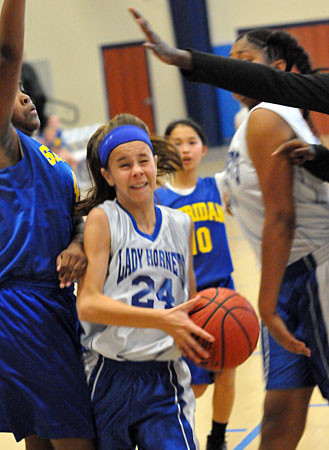 Bethel’s Rachel Cicero tries to work through physical play inside to get to the basket. (Photo by Kevin Nagle) 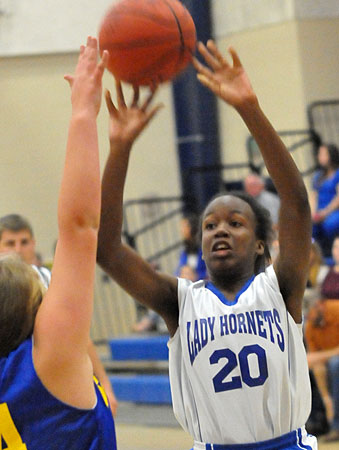 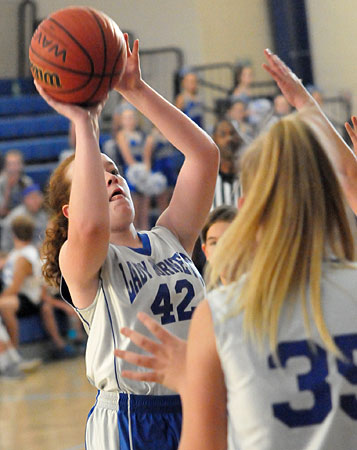 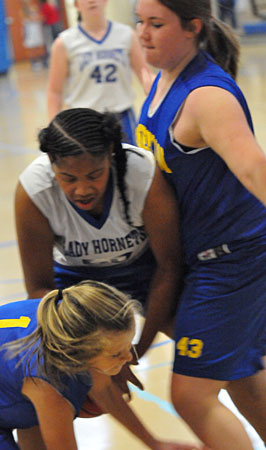 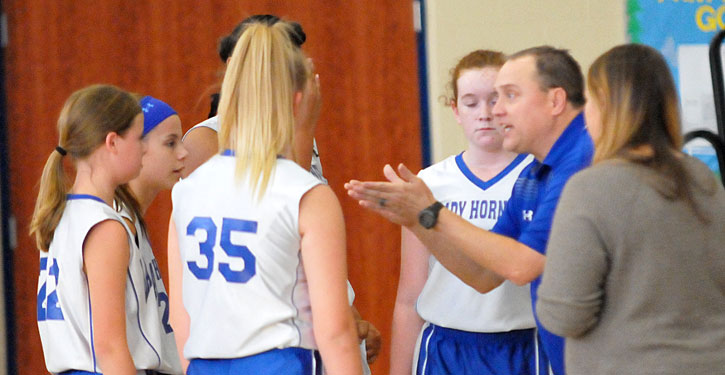