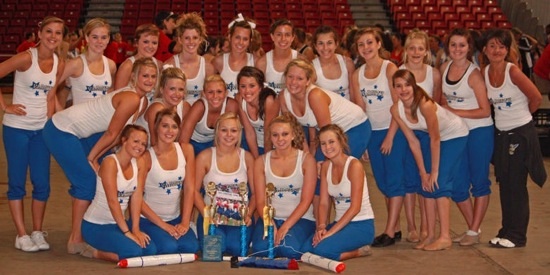 The Bryant varsity dance team competed at the Universal Dance Association Camp in Jonesboro June 3-6. They received first place awards in Home Routine, ribbon count, most Drill Down ribbons, Super Spirit Stick as well as the daily Spirit Stick honor, and a special Leadership award given to one team in the entire camp. This award is voted on by the other participating teams.[more]