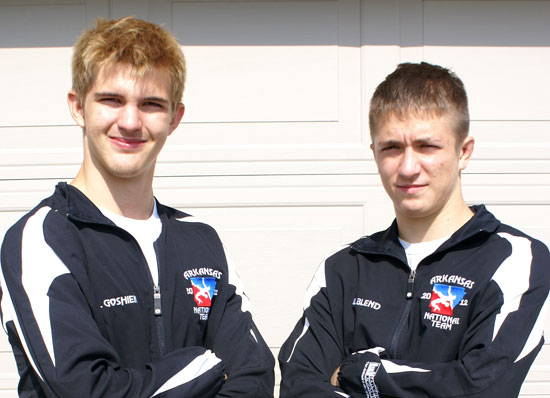 Two of Bryant High School’s returning 2012 State place winners, Brett Blend and Connor Goshien, will be among a contingent of[more] 37 wrestlers representing the state of Arkansas in Fargo, N.D., on Thursday, July 19.

The Fargo Nationals is considered the best of the best when it comes to freestyle wrestling. The top wrestlers from 49 states will be represented at the tournament. Blend and Goshien, seniors at Bryant High School, will represent the Arkansas Wrestling Academy and will be coached by former four-time National Champion Pat Smith. Both have attended the Academy since 2010.

To qualify for the Arkansas National Team, each wrestler must be considered the top three in the state within their respective weight class.
Blend wrestled in the tournament in 2010 in the Cadet division and Goshien wrestled in the tournament last year, also in the Cadet division. Both will be competing in the junior division this year – Blend at 145 and Goshien at 152.

TheMat.com will have live feeds for the entire tournament.