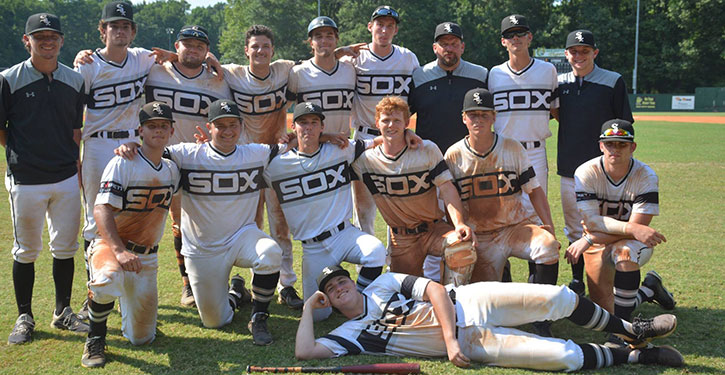 Black Sox capture championship of The Hagen, going away 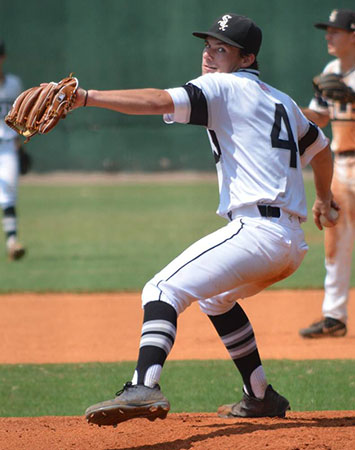 MEMPHIS — This time, the Bryant Black Sox Senior American Legion team made sure.

Last year, the Sox, on their way to State and Regional championships and a run to the final four of the College World Series, made it to the finals of the annual Keith Hagan Memorial All-America Classic showcase at Memphis’ Gagliano Field only to lose, in sloppy fashion, to the Memphis Tigers (Sweeney), 9-1.

This time, the Sox earned an 8-1 win over a Memphis Tigers (Perritt) team that they had tied on Monday to finish pool play then came right back to drum the East Coast Sox Select team that had accounted for their lone loss of the event. After losing to Select 6-5 on Sunday, Bryant trounced them 9-0 to capture the championship.

Now 25-5-1, the Black Sox take a break from competition until a trip to Cabot for a nine-inning game on Monday. 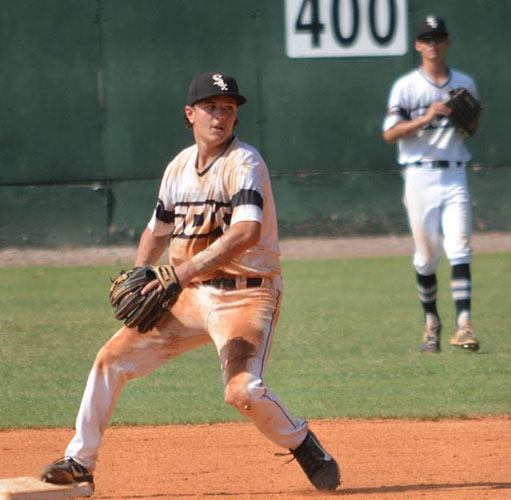 Myers Buck threw the five-hit shutout in the championship game, walking just one and striking out five. All five knocks for Select were singles.

Logan Catton went 3 for 3 with a pair of runs batted in while Cade Drennan and Logan Chambers added two hits each.

Buck retired 10 of the first 11 batters he faced with only the walk interrupting with one out in the second. Select’s first hit was a one-out single in the top of the fourth. Another pair of singles with two away loaded the bases but they were all stranded when a flyball to right was hauled in by Logan Grant.

By that time, the Sox had built a 4-0 lead. They got two in the bottom of the first. Logan Chambers led off with a single and scored on Jake Wright’s double. Two-outs later, Matthew Sandidge drove in courtesy runner Peyton Dillon with shot to right for a single. 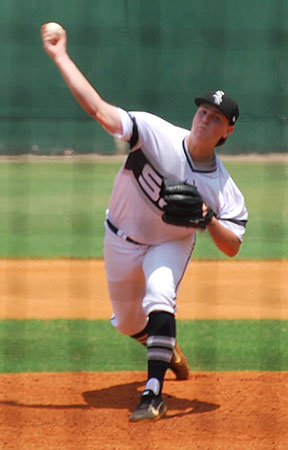 In the third, Drennan singled up the middle with one out. A walk to Brandon Hoover and a two-out pass to Grant loaded the bases. Konner Clontz got down in the count 1-2 but waited out an. RBI walk to make it 3-0.

Catton followed with a bunt that he beat out for an RBI single.

Bryant put it in run-rule territory in the bottom of the fourth. This time, Chambers ignited the offense with a single to right. A balk moved him to second and, with one out, Drennan doubled him home.

Hoover’s double made it 6-0 then walks to Sandidge, Grant and Clontz forced in a run. Catton beat out an infield hit to pick up another RBI and it was 8-0.

Coby Greiner capped the scoring with a groundout to first that got Grant home.

East Coast managed a pair of singles to start the top of the fifth. A grounder to Clontz at second resulted in a force out and, with runners at the corners, another bouncer to second turned into a game-ending doubleplay.

Will McEntire went the distance on the mound, allowing just one unearned run on six hits and just one walk. He struck out eight. 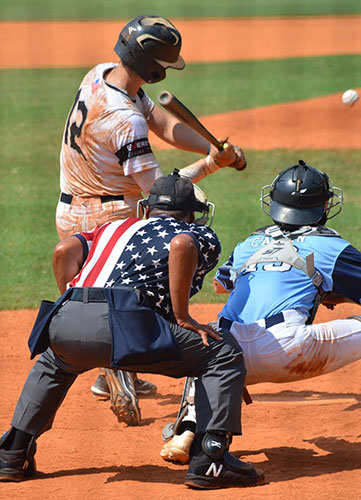 At the plate, Drennan was 4 for 4 with two runs batted in. Wright and Hoover had two hits apiece.

Jared Kirkman had two of the Memphis hits. Hunter Hankins had a double.

The game was a scoreless duel until the Black Sox managed a run in the bottom of the fourth.

Memphis had squandered a one-out error in the first and Hankins’ one-out double, which Sandidge nearly tracked down in the gap in left-center, in the second. McEntire then retired nine in a row before an error with one down in the top of the fifth.

Bryant, meanwhile, was unable to take advantage of singles by Drennan and Hoover in the home first, then a one-out single by Grant in the second.

With two out, Grant tried to steal second and appeared to have it stolen as the ball, off the catcher’s throw, rolled away from the bag. Initially called safe, Grant was called out when he saw the ball rolling away.

Bryant manager Darren Hurt argued the change in the call and was told that Grant got his lead hand to the bag but that his off hand had slapped the ball out of the second baseman’s glove, causing it to roll away. The argument continued until Hurt was ejected. 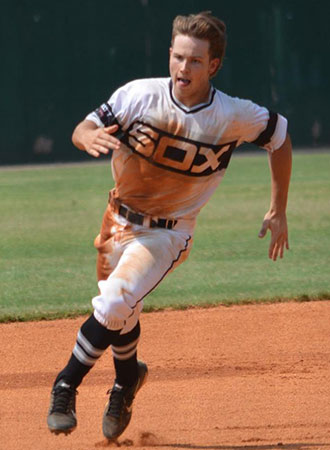 Bryant’s fourth, however, began with a single by Drennan. Peyton Dillon came on as a courtesy runner and raced to third on an errant pickoff throw by the catcher. He scored on a wild pitch, moments before Hoover slapped a single to right.

With one out in the top of the fifth, Cole Sanford reached second on a throwing error. A one-hopper to Wright off the bat of Noah Vickers drew a throw to first for an apparent out. Hoover, the first baseman returned a throw to third as Sanford tried to advance. The throw was too late and, as it turned out, Vickers had been ruled safe as the umpire ruled from the middle of the field that Hoover’s foot had come off the bag too soon.

Coach Ozzie Hurt argued and was confined to the dugout for the rest of the game.

Another error allowed Sanford to score, tying the game momentarily.

Austin Gentry reached on an infield hit to put runners at the corners. A grounder by Jarrett Fowlkes was fielded by Wright who slipped down but was able to recover in time to throw to the plate and nail Vickers.

A grounder to Chambers at short appeared to have the final out on the way but the Memphis runner, Gentry, stopped in front of Chambers and let the ball go between his legs as he jumped up. Chambers never saw it and it got through.

Gentry, who might’ve scored, was ruled out for interference and it was the Tigers’ coach’s turn to argue. As it had on the calls against the Black Sox, it held up.

In the bottom of the fifth, Catton beat out an infield hit, and Greiner sacrificed him to second. With two away, Wright came through with an RBI single to snap the tie, taking second on the throw to the plate.

Drennan’s infield hit put runners at first and third for Hoover. Dillon, running for Drennan, stole second and, drawing a throw, that allowed Wright to steal home. Hoover reached on an error then Buck lined a single to left to make it 4-1.

Memphis threatened in the sixth with a pair of one-out singles. But McEntire struck out Hankins and, after a walk to Vickers, got Gentry to ground out to Catton at second.

The Sox then blew the game up in the bottom of the sixth aided by an error that allowed Grant to get aboard. With one out, Dillon’s grounder to second was booted, bring up Chambers, who lined a single to left that plated Grant.

Chambers took second on the late throw to the plate. Wright singled in Dillon then Drennan doubled in two to cap off the outburst.