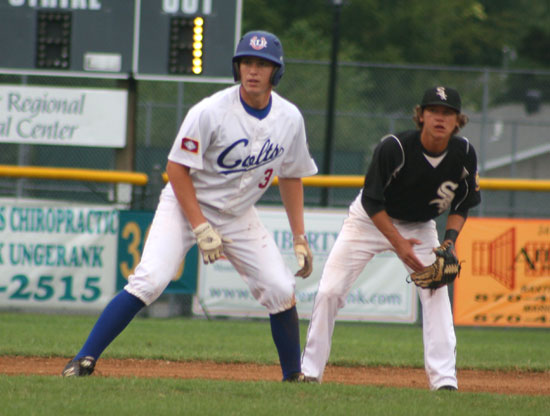 MOUNTAIN HOME — With two teams that have combined to go 67-7 this season, it figured to[more] be a war when the Bryant Black Sox (35-3) and the North Little Rock Colts (32-4) met in the second round of the Senior American Legion State Tournament at Cooper Park on Monday. 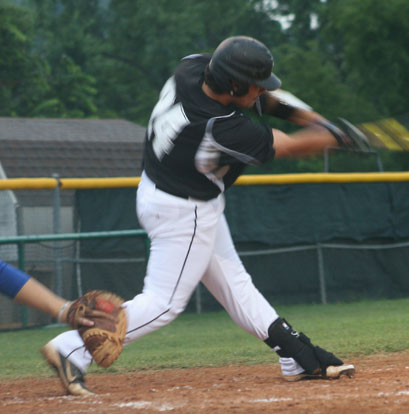 Cody Gogus came through with a clutch hit to drive in two runs.

North Little Rock rallied to tie the game, 3-3, in the bottom of the ninth. Bryant snapped the tie with three runs in the top of the 11th then held on as the Colts scored two and put the potential tying and winning runs on base in the bottom of the inning before Sox right-hander Tryce Schalchlin came in to get Alex Gosser, a University of Arkansas signee, to fly to right to end the game sometime after midnight.

Bryant, which defeated North Little Rock for the state title last summer and earlier this summer at the Southwest Illinois Firecracker Classic in Alton, Ill., advances to play in the winners bracket final this evening against the rival TEXAR Federal Credit Union Razorbacks of Texarkana with the winner advancing to the championship round. The Texarkana team advanced with a 12-0 win over Bentonville Nunnally Chevrolet.

It’ll be the fifth meeting between the Black Sox and Razorbacks since July 13. Bryant has won them all, including the Zone 4 Tournament title game. 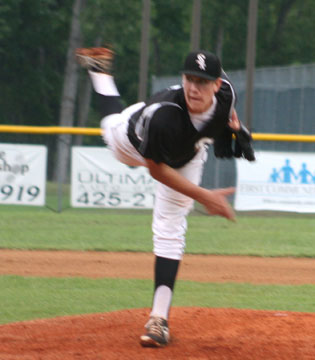 Nate Rutherford pitched into the ninth.

In the top of the 11th, Marcus Wilson drew a lead-off walk and, with one out, Tyler Nelson drilled a double to left-center. With two down, Hayden Daniel hit a ball to third that was misplayed allowing both runners to score, making it 5-3. Austin Caldwell then greeted Allen with a shot to left that was misjudged by Connor Eller for a double. Daniel, who had stolen second, sprinting home with what turned out to be the difference-maker.

As comfortable as a three-run lead might be, it still got more than a little tense in the bottom of the inning. An error on a tough play on a swining bunt towards third allowed Jack Partlow to reach and a single by Allen produced a first-and-third situation. Partlow scored on a passed ball but Jackson struck out Will Hopkins and got Justin Weigle to bounce to Nelson at first, who got the lead runner at second.

On the next pitch, however, L.J. Wallace singled to left to bring up Boone, who singled to center to knock in Weigle, making it 6-5.

Schalchlin entered and, on a 2-1 count, got Gosser to sky to Caldwell in right to end it. 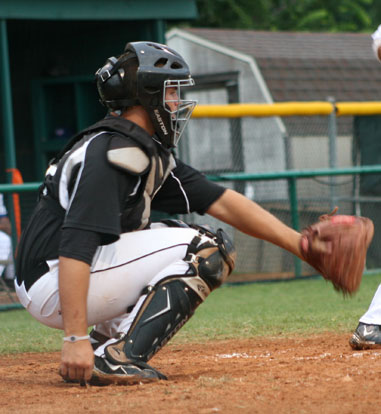 The Colts took a 1-0 lead in the first on a single by Weigle, a stolen base, a one-out single to left by Boone and Gosser’s sacrifice fly.

The Colts couldn’t get two men aboard at the same time after that until the sixth. The Sox turned a pair of doubleplays along the way as Rutherford got into a groove. In the sixth, Weigle singled, stole second and tagged and went to third on Boone’s fly to center. After intentionally walking Gosser, Rutherford fanned Dylan Huckaby for the third time to get out of the jam.

Boone held Bryant hitless until, with one out in the fifth, singled to left. The only prior base-runner had been Wilson who had reached on errors in the first and the third. 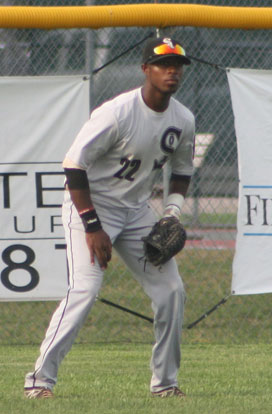 The Sox broke through in the sixth when Trevor Ezell laced a double down the line in right and Ozzie Hurt slapped a single to chase him home, tying the game at 1.

In the top of the seventh, Nelson singled and Chase Tucker was hit by a pitch. Daniel sacrificed them to second and third and Cody Gogus came through with a clutch two-run single to left to make it 3-1.

But North Little Rock picked up a run in the eight on a two-out, two-strike home run by Wallace. In the ninth, Huckaby was hit by a pitch and Nick Cleveland bunted him to second. Partlow singled and Jackson came on to relieve for Bryant. He got two strikes in on Eller but, on a 1-2 delivery, a shot down the right-field line went for an RBI double.

With runners at second and third and one out, Jackson came through getting Hopkins to tap to Nelson at first. Second baseman Korey Thompson, coming over to back-up on the play, wound up covering the bag at first and taking a throw from Nelson in time for the out as the runners held.

Sox manager Darren Hurt then called for an intentional walk of the pesky Weigle, loading the bases to set up a force at any station. But it also brought up Wallace, who had homered just the inning before. But Jackson got him to ground into the hole to Hurt at short. He tossed to Ezell at third to retire the side, sending the game to extra innings.

Thompson was hit by a pitch in the top of the 10th but nothing came of it. In the home half, Jackson retired the first two before plunking Huckaby with a 1-2 delivery. The count went to 3-2 on Cleveland who then bounced out to Thompson to set up the dramatic finish. 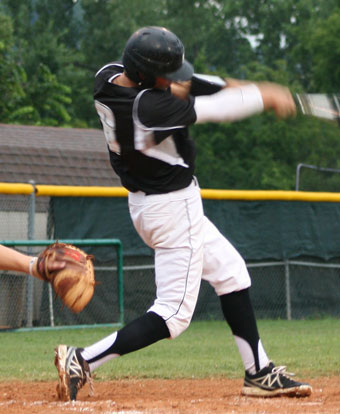