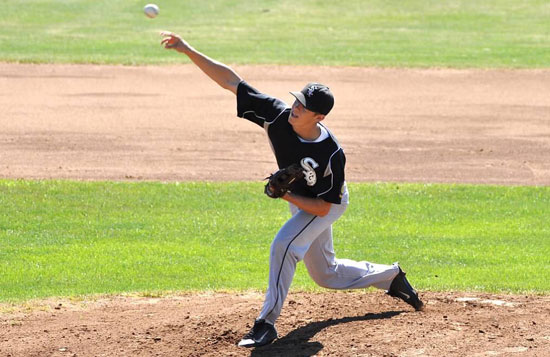 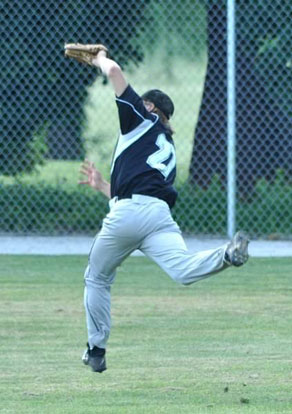 Breeding whips up a no-hitter in Sox’ first win in Alton, Ill.

Breeding struck out two without a walk and only allowed two base-runners (and one of those he picked off third). At one stretch, he retired 16 batters in a row.

An error in the first on a throw allowed the Bears’ lead-off man to reach second. He was sacrificed to third but, with two down, Breeding fired to third baseman Brandan Warner. When the runner took off for home, Warner’s throw to catcher Hayden Lessenberry resulted in the tag and an end to the inning.

Breeding didn’t allow another base-runner until issuing a two-out walk in the bottom of the sixth before he closed out the win by inducing a fly to Chase Tucker in center.

The Sox were stopped on two-hits — singles by Trevor Ezell and Tucker — over the first three innings. In the fourth, however, Drew Tipton singled to right and stole second. A base hit by Blake Patterson set the table for Lessenberry’s two-run triple. And when the relay to third was errant, Lessenberry scored as well, making it 3-0.

The five-run sixth began with Tipton mashing a triple. Patterson walked and Lessenberry singled for his third RBI. 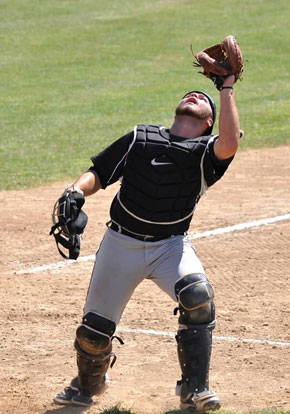 Tucker walked then Dalton Holt hit a fly to right that was misplayed allowing two runs to score. With Tucker at third, Holt stole second and, with one out, Breeding walked to load the bases for Korey Thompson. On a 1-1 delivery, Thompson cracked a two-run double to make it 8-0.

The Black Sox improved to 27-4 with the victory. They were set to play a second game today then head to Busch Stadium in St. Louis to watch the Cardinals play Miami Marlins tonight.