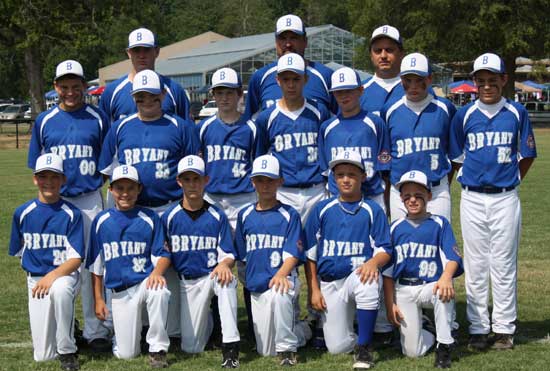 The Bryant 11-year-old All-Stars finished second at the Cal Ripken State Tournament[more] for their age group and has qualified for the Southwest Regional Tournament at Hurley, La., starting Thursday, one of six youth teams from Bryant that qualified for Regional play.

The team begins pool play at the Regionals on Friday against the host team at noon. On Saturday, they take on Madisonville, La., at 1 p.m. Bracket play begins on Sunday at 8 a.m., with the championship on Wednesday, July 27.