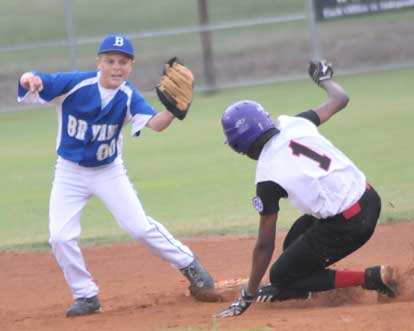 BENTON — The Bryant All-Stars scored in every inning including four times in the first to gradually pull away from the Lonoke All-Stars in the second round of the Babe Ruth 14-year-old State Tournament on Saturday.

Bryant was set to take on White Hall Sunday at 4:30 p.m., with the winner advancing to the winners bracket final on Monday at 4:30. 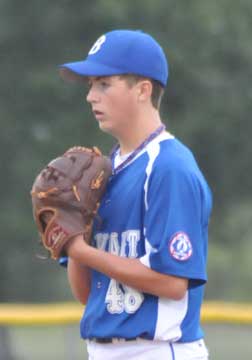 Lonoke scratched out two runs in the top of the first with the help of a pair of errors and walk and a single. But Bryant turned a 6-3-2 doubleplay to end the inning.

A walk to Green started the four-run uprising in the bottom of the frame. He stole second and third then scored on a one-out single by Akers. After Akers stole second, Graddy reached on an error and Tucker drilled a hit to left to drive in two. A single by Phillips and walks to Rutherford and Matthews forced in the fourth run.

Phillips struck out two as he retired the side in order in the second. In the home half, Bryant added a run to the 4-2 margin on a two-out walk to Akers, a stolen base and a single to left by Graddy. 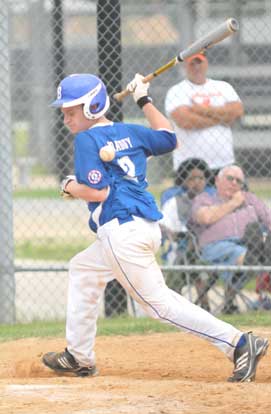 After Phillips worked around a two-out single in the top of the third, Rutherford opened the bottom of the frame with a base hit to center. He was forced at second on Matthews’ tap back to the mound but Thompson sacrificed him to second and, after Green walked and they worked a double steal, a passed ball allowed Matthews to score to make it 6-2.

Lonoke was unable to take advantage of a one-out error in the top of the fourth and Bryant went back to work on offense. This time, Akers drew a walk and stole second again. He swiped third then scored on Graddy’s sacrifice fly.

Phillips closed out his work on the mound in the top of the fifth, keeping Lonoke off the board despite a lead-off walk, a passed ball and a two-out single. With runners at second and third, he struck out the Lonoke clean-up hitter to end the threat.

In turn, the Bryant Stars blew the game up with three more runs in the bottom of the fifth. With one out, Matthews and Yates were both hit by pitches. Green singled to bring Matthews around to score. Green stole second and, on an errant throw from the catcher, Yates sprinted home to make it 9-2. Green then scored on an infield hit by Troillett.

Lonoke finally broke through with a run in the top of the sixth on a pair of one-out hits but Emmerling retired the next two batters to force them to strand a runner at third.

Bryant got that run back in the bottom of the inning when Dale walked, Matthews reached on an error, Yates walked to load the bases and Green delivered a sacrifice fly.

An error and a double resulted in Lonoke’s final run in the top of the seventh but the batter who hit the double was thrown out trying to stretch it into a triple on a nice relay from Troillett in left to Green at short to Akers at third. A pop up to Akers ended the game. 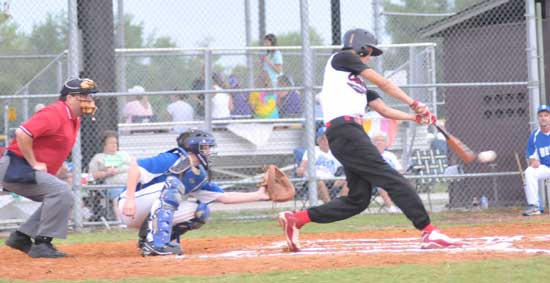