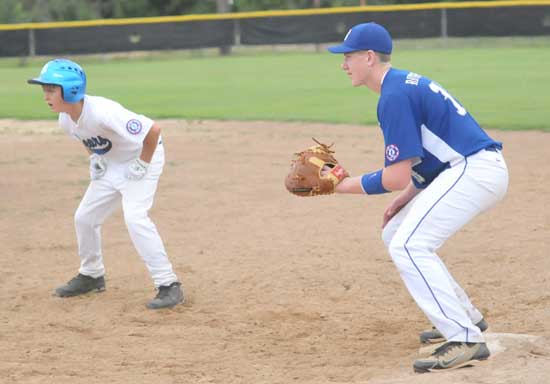 BENTON — The Bryant All-Stars jumped out to a 5-0 lead then Justin Emmerling and Harrison Dale combined to keep the Sylvan Hills All-Stars from pulling even on the way to an 11-3 victory in the first round of the Babe Ruth State Tournament for 14-year-olds. The game was the opener for both teams in the double-elimination tournament at Bernard Holland Park.

Bryant took advantage of seven walks and three hit batsmen along with three errors to roll to the victory, advancing to a second-round battle with Lonoke on Saturday. 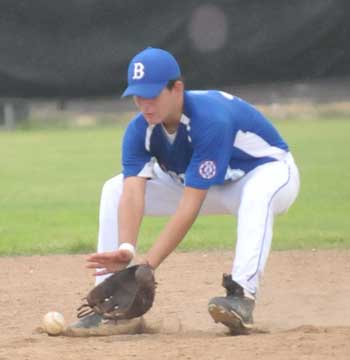 Emmerling worked around a one-out walk in the top of the first then Bryant claimed the upper hand in the bottom of the inning. Green led off with a walk and was sacrificed to second by Miller. A walk to Akers preceded Graddy being hit by a pitch to load the bases. A balk allowed the first run to score.

Dale’s bunt was misplayed as Akers scored then Tucker cracked a two-run double that went to the fence on a hop. With two down, Emmerling was hit by a pitch and, one delivery later, Thompson slapped an RBI single to right to make it 5-0.

It stayed that way until Sylvan Hills scratched out a run in the top of the third on a wild, an error, a stolen base and a hit batsman had runners at the corners. Bryant then turned a doubleplay as the run scored.

A single to left kept the inning going before a pop to Thompson at second ended the inning.

After Bryant was held scoreless in the bottom of the third, Sylvan Hills added a run in the home fourth as Dale came on in relief. With two down, a walk and a pair of hits cut the margin to 5-2 but then a pop out to Thompson at second ended the threat.

In the bottom of the fourth, Thompson walked but was forced at second on a grounder to third by Green. After Green stole second, Yates drew a walk. And when Akers’ grounder to third was misplayed, Green scored. Graddy was hit by a pitch then Dale delivered a sacrifice fly to make it 7-2. 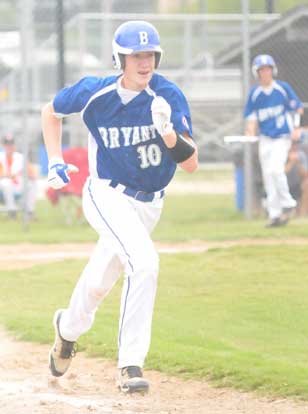 A couple of errors led to a run in the top of the fifth for Sylvan Hills and, in the bottom of the inning, Bryant loaded the bases but couldn’t add to the margin. Phillips singled but was forced out at second on a grounder by Matthews. Thompson reached base then Green walked to load the bases but all three were stranded.

Dale worked around a walk and a single in the top of the sixth before Bryant put the game away with a four-run sixth. Graddy got that uprising started with a single to center. Dale reached on an error and, after both runners moved up on a passed ball, Troillett beat out an infield hit to make it 8-3.

Phillips drew a walk to load the bases then Mathewson beat out an RBI single on the infield. Thompson got a squeeze bunt down to get Troillett home then Green grounded out as Phillips came in to make it 11-3.

In the seventh, Dale struck out the first two he faced but then a single to center gave Sylvan Hills a glimmer of hope. But the came crashing down as the next batter bounced out to third. 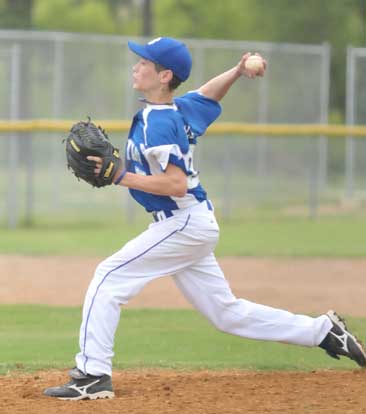