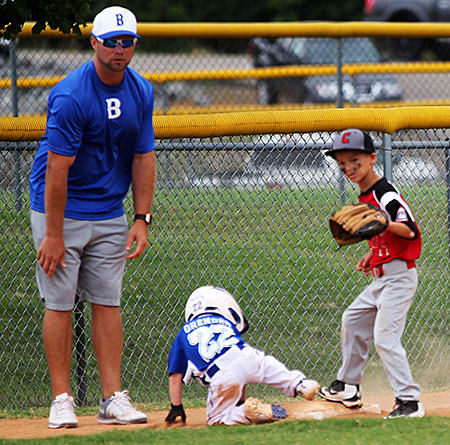 SHERWOOD — The Bryant 5-year-old All-Stars prepared for their State T-ball tournament with a Fathers’ Day tournament at the Sherwood ballpark, sweeping three games before the final game of pool play was rained out.

The Bryant 5’s begin play at State, back at Sherwood, on Friday, June 23.

Bryant scored the maximum of six runs in each of the four innings to leave Sylvan Hills behind.

Warren had four hits and three RBIs while Harrison drove in seven with three hits including two homers, one of which was a grand slam. Silas knocked in three with three hits. Abrahamson and Parker contributed a triple apiece.

Sylvan Hills took a 3-0 lead in the top of the first. Bryant’s first started with a double by Madison. Warren singled him in then Harrison cracked an inside-the-park homer. Abrahamson followed with his triple and scored on Fleming’s single, giving Bryant a 4-3 lead.

Parker added a base hit before Tolleson doubled in a run and Silas singled to make it 6-3.

Sylvan Hills regained upper hand with a six-run uprising in the top of the second only to have Bryant match it in the bottom of the inning. 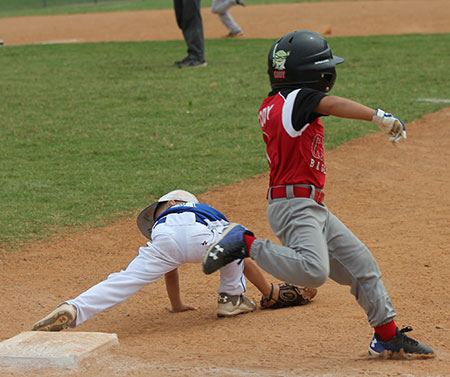 Abrahamson singled and scored on Fleming’s hit to max out the inning.

Sylvan Hills rallied to take a 13-12 lead in the top of the third but Bryant could not be slowed down.

Warren’s double chased home Madison then Harrison doubled in Warren to make it 18-13.

And the Bryant Stars played well enough defensively to keep Sylvan Hills from scoring in the top of the fourth as well as the fifth. 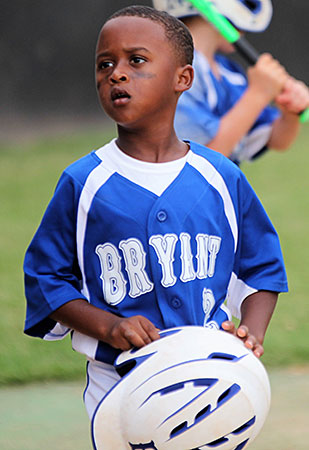 In the meantime, Bryant put the game away offensively. Abrahamson led off the bottom of the fourth with a single. He raced home on Fleming’s double. Parker singled then moved to second as Fleming reached third on Tolleson’s groundout.

Patterson singled and Baker drilled a double to left to drive in two more. After Madison singled to send Baker to third, Warren’s knock capped things off, 24-13.

Bryant trailed 21-16 going into the bottom of the fifth but rallied for six runs to win it. Madison, Warren, Harrison, Abrahamson and Orender opened the inning with consecutive hits. With one out, Tolleson, Silas and Patterson closed it out.

Bryant held Cabot to just two runs in the first inning but, in the home half, only mustered one of their own. So when Cabot scored six in the top of the second, Bryant came to bat again trailing 8-1.

The Stars responded with a max inning that started with a hit by Tolleson. Silas had a hit but was retired on the bases. Patterson, Orender, Baker, Madison, Warren, Harrison and Abrahamson each reached base in the inning. 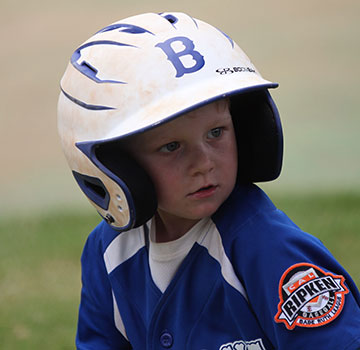 Leading 8-7, Cabot managed three more runs in the top of the third so when the Bryant Stars plated six more in the bottom of the third, it produced a 13-11 lead. Fleming started the third with a hit. Parker, Tolleson and Silas each had hits. Patterson picked up an RBI when he grounded into a force on Silas at second. Orender and Baker had hits then Baker was forced out at second on Madison’s hit. Hits by Warren and Harrison completed the outburst.

Cabot regained a slim lead with a four-run fourth. Bryant took it back with three in the home half. Abrahamson, Fleming and Parker scored the runs.

A six-run top of the fifth put Cabot in position to win with the 21-16 lead. Bryant’s winning rally was instigated by Madison. Warren, Harrison, Abrahamson, Fleming and Tolleson each scored as well as hits from Silas and Patterson capped off the victory.

Bryant held Benton scoreless in the second inning and it proved too much for Benton to overcome.

Bryant scored two in the first but Benton countered with three. A five-run second put Bryant back on top and, after Benton could not score, Bryant scored the maximum six in the top of the third to take a 13-3 lead.

Benton stayed alive with four in the home third but Bryant answered with five more in the top of the fourth to increase the advantage to 18-7.

A six-run home fourth kept Benton’s hopes alive and they held Bryant to three runs in the top of the fifth.

Down 21-13, Benton could only muster three of its own in the bottom of the fifth so when Bryant scored three in the top of the sixth, the lead was too great for Benton to overcome with six-run maximums.