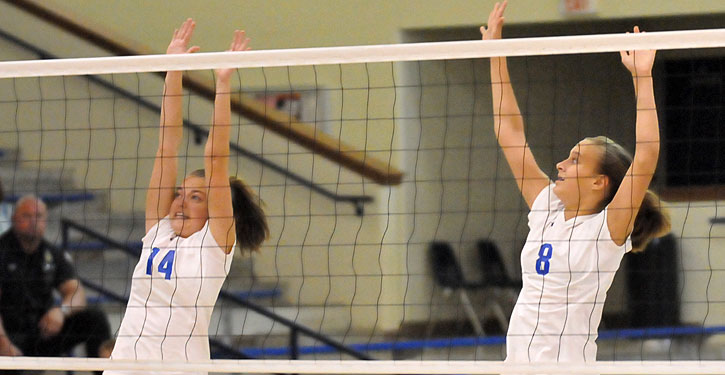 “It looked like we were is slow motion in the first two sets,” said Bethel coach Melissa Bragg. “We weren’t moving our feet, we were missing serves, hitting in the net. I believe we may have still been a little tired from this past weekend’s tournament.”

The Lady Hornets played in a tournament in Benton on Saturday. After finishing third in pool play, they won all their brackets games, defeating Fountain Lake, Lake Hamilton and Little Rock Christian.

“The girls showed a lot of heart to pull out the win,” Bragg said of Monday’s match. “They never gave up. I was really proud of how they finished.”

In the third set, the Lady Hornets trailed 10-14 but rallied as Shaylee Carver put together a run of six consecutive serves as the team surged to win the set and the match.

Ella Reynolds led the Lady Hornets with five kills, an assist, a dig and a block. Erin Key, Abbey Inman and Ashton Inman each had a kill. Abbey Inman had five assists and two digs. Key had a block.

Lexi Feagin contributed two aces from the serving line and Skylar Risk had one. 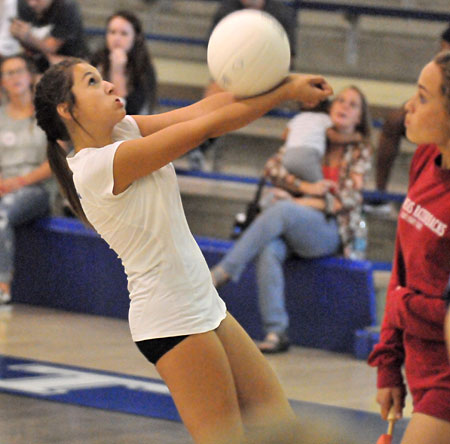 Olivia German makes an over the shoulder pass at the end line during Monday’s match. (Photo by Kevin Nagle) 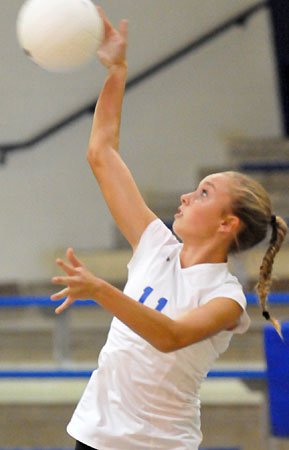 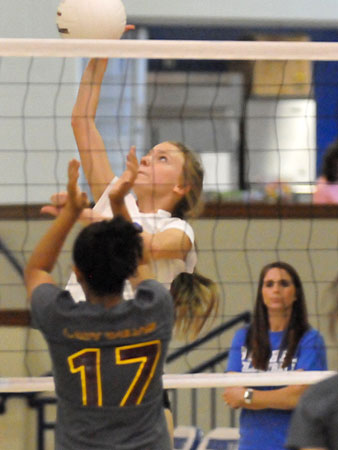 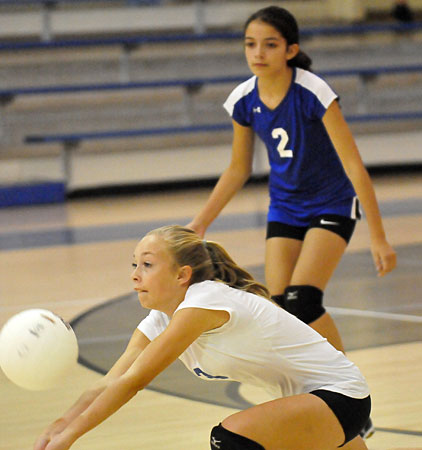 Alyssa Hernandez (2) looks on as Ashton Inman digs up a hit. (Photo by Kevin Nagle) 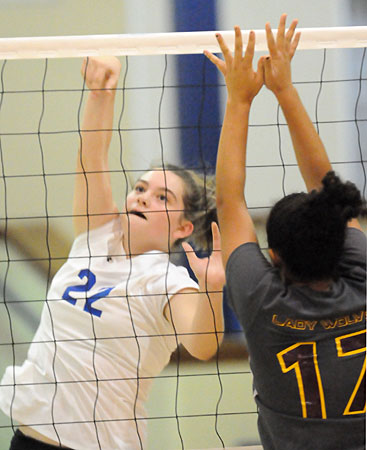