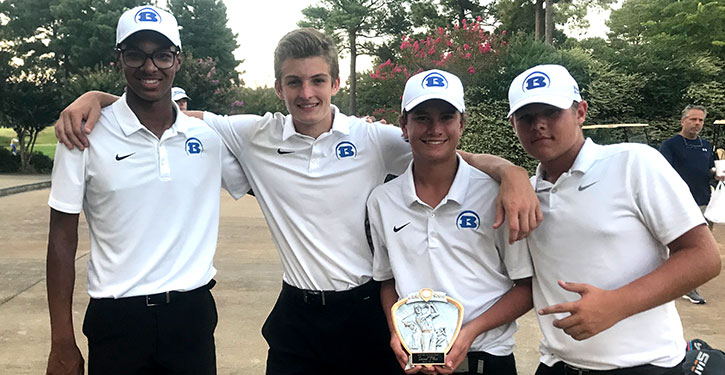 CONWAY — The Bryant Hornets combined on a 36-hole total of 639 to tie the Cabot Panthers for first at the 2019 Big Cat Classic golf tournament held Friday and Saturday at two courses in Conway.

At North Hills Golf Club on Friday, the Hornets shot 313, which was third, but they shot 326 at Centennial Country Club on Saturday.

Cabot won the team title in a playoff.

The Lady Hornets’ didn’t have three players available to compete in the team standings, but sophomore Caitlin LaCerra shot an 82 on the second day. Taylor Moore shot 126 on the first day and 130 on the second. Haylie Horn carded a 136 and 127.

For the Hornets, Andrew Gaspard finished with a low score of 152, second only to Cabot’s Caleb Miller at 147. Gaspard shot 75 on the first day and 77 on day two.

“The boys played well,” said Bryant coach Casey Mattox. “Due to the ACT and other engagements, we didn’t have a girls’ team for the two days, but Caitlin played well Saturday.”

Bryant played at Cabot’s Greystone Country Club on Wednesday, Sept. 18. They’ll close out the regular season with a home match on Sept. 25.