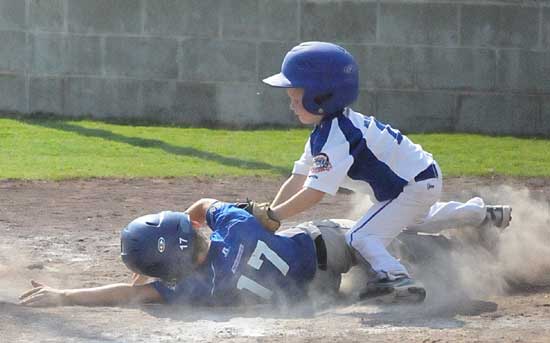 Anyone who’s ever been to a T-ball baseball game with the little guys playing knows that there are no more boisterous[more] and energized crowds. It’s heart-stopping for many of the parents and relatives cheering for their relatively new offspring who are beginning their athletic careers. 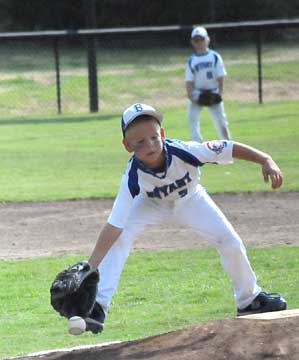 And that’s just at any game during the week.

Now, imagine a regional tournament with the best teams in the state and champions from Mississippi and Louisiana, mix in a budding rivalry and an extra inning thriller.

That was the scenario when the Sylvan Hills Bears and the Bryant Hornets met in pool play on Saturday in a game to determine the top seed from their pool for bracket play starting today.

Sylvan Hills thus secured the top seed from Pool C in the 14-team tournament, going unbeaten in four games. And, with that, a first-round bye in bracket play. The Bears were set to take on Pine Bluff North at 3:30 today while Bryant, seeded second, is slated to take on the Benton 5’s at 11 a.m.

Earlier in the day, Bryant had put themselves in position for no worse than the second seed by defeated Bentonville Gold, 19-11. On Friday, Bryant lost to the Bears, 24-15, but bounced back to top the Cabot Young Guns 17-10.

For the rest of the pool play results, go here. For the brackets for the single-elimination tournament, go here. 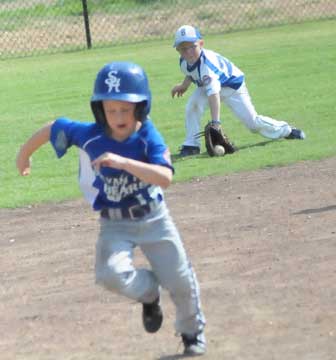 The game was tied 26-26 after five innings. Bryant’s six-run top of the fifth had the Hornets up 26-22 going into the bottom of the fifth but the Bears rallied to tie it and had the winning run aboard when Bryant turned a doubleplay to send it to extra innings. The Hornets scored four in the top of the sixth, which ended with a runner at third. The Bears won it with a five-run rally with one out in the bottom of the inning.

Both teams scored the maximum of six runs in the first inning. Dunn singled to start Bryant’s start. Small reached on an error then Hope chased both home with a triple. Taylor doubled him in and, after Stroud singled, Griffe doubled and Nagle raced to third on a base hit when Sylvan Hills held Griffe at third. Singles by Kemp and Catton followed.

After Sylvan Hills tied it in the bottom of the inning, Bryant scored two in the second on when Crawford reached on an error and doubles from Dunn and Small followed.

But the Bears put together another max inning in the bottom of the second to take a 12-8 lead. 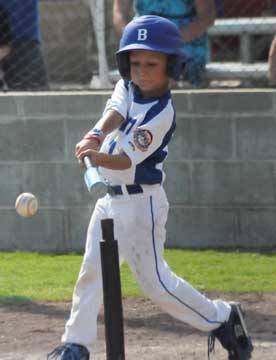 The seesaw battle thus commenced. Bryant hit for six in the top of the third to regain the advantage 14-12. Taylor, Stroud and Griffe set the table with singles before Nagle cracked the second on his three doubles. With one out, consecutive base hits by Catton, Owen, Johnson, Crawford and Dunn completed the outburst.

In the Bears’ turn, they scored four times to go up 16-14 going into the fourth. The Hornets surged back in front with another six. Small, Hope and Taylor reached on errors before Griffe belted a triple. Nagle and Kemp singled and, with two down, Owen finished off the frame with a base hit, making it 20-16.

Sylvan Hills matched the six in the bottom of the inning bouncing back on top by two and setting up the thrilling fifth. Johnson doubled to start Bryant’s half of the inning. Crawford followed with a base hit then Dunn reached on an error before Small cleared the bases with a triple. He scored on a single by Hope who was then forced at second on a grounder by Taylor. Stroud ground into a force play for the second out but Griffe and Nagle drilled doubles that made it 26-22.

The Bears scored four in the bottom of the inning and the game went to extras. In Bryant’s sixth, Kemp singled and Catton brought him all the way around with a triple. Owen singled but then Sylvan Hills turned a doubleplay. With Bryant up just 28-26, Crawford kept the inning going with a double. Dunn followed with a two-bagger and Small capped the inning with a triple.

That set the stage for the Bears’ winning uprising in the bottom of the inning.

Bryant gained the upper hand with max innings in the first and second while holding Bentonville to two runs.

In the top of the first, Dunn and Small smacked doubles to get things started. Hope reached on an error and, with one out, Stroud singled. A triple by Griffe made it 3-0, though he was tagged out at the plate moments later on Nagle’s tap to the mound.

The inning continued with Kemp reaching safely on an error and Catton, Owen and Johnson following with consecutive singles.

Bryant’s second-inning blitz began with Dunn’s one-out single. Small and Hope added base hits then Taylor doubled. Stroud and Griffe singled before Nagle doubled and Kemp completed the scoring with a base hit.

Bentonville kept its hopes alive for a comeback by limiting Bryant to one run in the third. Catton reached on an error and eventually scored to make it 13-2. A three-run home third trimmed the margin but Bryant responded with six more in the fourth.

Dunn reached on an error to open the floodgates. Small rapped a double and Hope hammered a triple. Doubles by Taylor, Stroud, Griffe and Nagle completed the inning with Bryant leading 19-5.

Bentonville rallied for six in the bottom of the inning but time ran out with the lead too much for them to overcome. 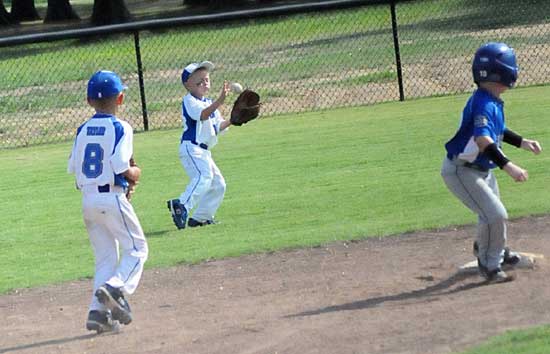