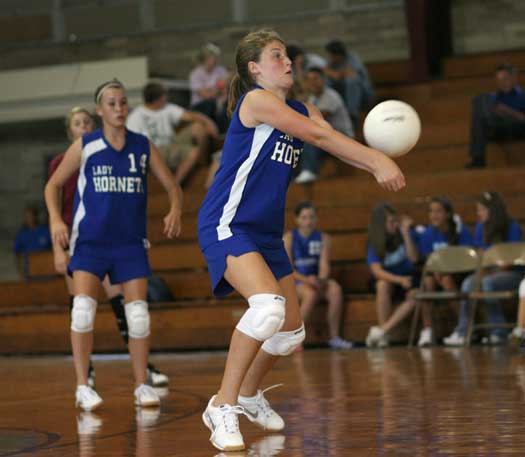 The Bryant Lady Hornets freshman team made it two wins in a row and four in five outings this season by sweeping the Lake Hamilton Junior Lady Wolves, 25-12, 25-20, at the Bryant Middle School gym on Thursday, Sept. 10. 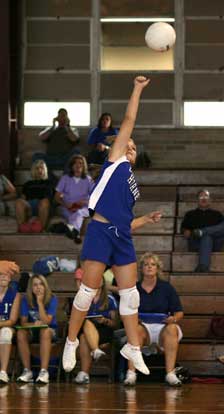 “We just couldn’t finish,” commented Blue coach Melissa Bragg. “We missed too many serves. But the girls played hard. We just came up short.”

In the freshman win over Lake Hamilton, head coach Monica Parish said, “Hannah Rice’s service was really on. The first game, she served 11 points and the second game eight points.”

Rice got her team off to a fast start serving on points 2 through 9, then finished it off when she rotated through again for points 22 through 25. In the second game, she served for points 1 through 6 then picked up points 17 and 18.

“We have been concentrating on our serves, first passes and hits all week,” Parish noted. “The keys to the win were Hannah’s red-hot service and our much improved first passing that led to more kills.”

Against North Little Rock, the Junior Lady Hornets led in all three games.

“We let down toward the end which made for exciting endings,” Parish recounted. “North Little Rock served eight straight points to win the first game. Then they started to come back with the same server but, this time, the girls worked together and won the side-out.

“Our consistent serving, which had been a problem for us, wound up being a key to the match,” added the coach. “I told the girls to not worry about aces. Let’s have legal serves and keep the serve with our rallies and, quite frankly, that’s exactly what they did.”

Rice had four kills for the Lady Hornets and Parish commended Alyssa Anderson and Davidson for their serving.

The freshman team, along with the Bryant White eighth grade team, travels to Conway Blue on Monday, Sept. 14. Bryant Blue was set to play in a tournament in North Little Rock on Saturday, Sept. 12. 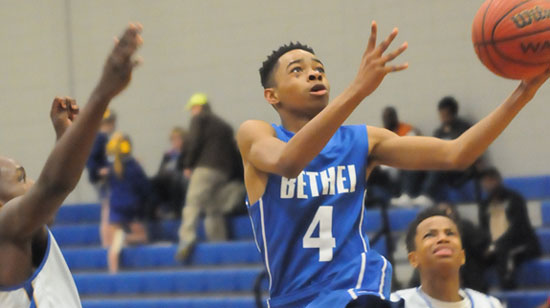