Bryant overcomes early deficit for win in crucial match, sets up another 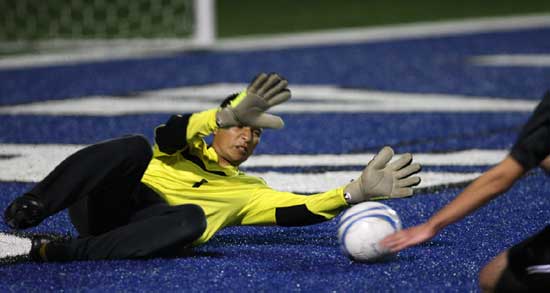 The Bryant Hornets soccer team took a big step toward contending for a conference title down the[more] home stretch of the 2012 season with a hard-earned 2-1 win over the Little Rock Central Tigers on Thursday night. 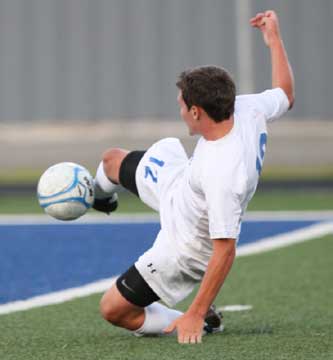 Bryant is now just a game behind the Tigers and co-leaders Little Rock Catholic with a match tonight against Catholic at Burns Park, weather permitting.

Bryce Denker scored one goal and assisted on what proved to be the difference-maker when Justin Travis found the back off the net from the left side with 10:04 left in the contest.

Central had taken a 1-0 lead at the 33:09 mark of the first half and held that edge until late in the half when Chase Stuart found Denker for a tying goal. Just 2:51 was left on the clock before the break.

“That was a great assist,” noted Hornets head coach Jason Hay.“I was proud of the effort,” he added. “We played very hard and did not let Central’s early goal get us down. We had several good shots and headers that were saved only by a very good Central keeper. 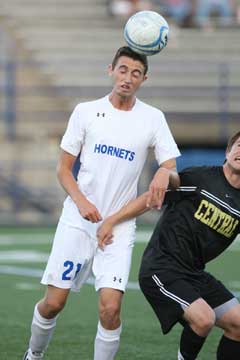 “We moved some people around a bit,” the coach added. “Jace Denker moved out (from keeper) to play defender and we put (Victor) Rodarte in the keep. He had several good saves. It was also Ryan Watson’s first game back at forward and that added depth helped us out.”

The win, which improved the Hornets to 10-3 overall and 5-3 in conference, avenged a 3-1 loss at Central on March 15, which was followed by a tough 1-0 loss to Catholic, another one that the Hornets hope to get back. 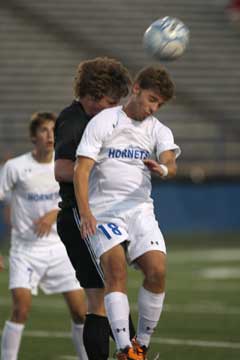 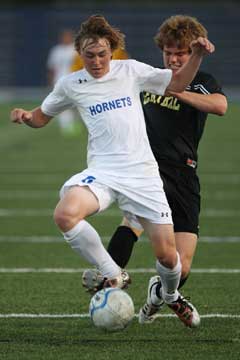 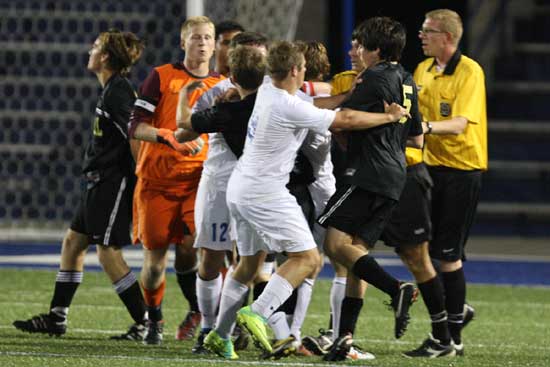