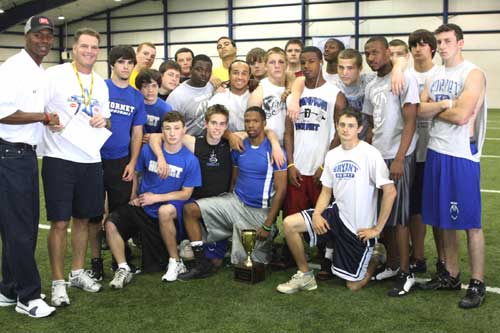 The Bryant team ranking was in the 84th percentile, according the head football coach Paul Calley. Benton's group ranking was 52.

Both squads received a donation for their efforts. Bryant, by winning, garnered a $1,000 check. Benton received $500.

Spring football practice commences for the Hornets on Monday, May 11 and conclude Friday, May 22.