Bryant White breaks through with win over Cabot North 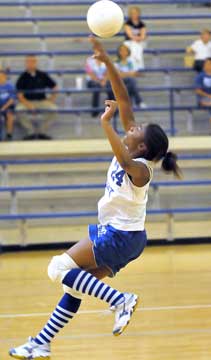 After one close call after another, the Bryant White Lady Hornets eighth grade volleyball team of Bryant Middle School broke through on Monday to defeat Cabot North, 25-16, 16-25, 15-9.

“These girls have improved a lot since the first of the season,” noted Lady Hornets coach DeAnna Ward. “We just have to stay focused and keep on working on the basics. We were a little sloppy last night but our serving kept us in the game.”

To that end, Sahr was 7 of 9 from the service line, getting the Lady Hornets off to a fast start with the first six points. She had three aces in the first game. Anderson contributed points 11 through 17 going 6 of 7 from the line with two aces.[more] 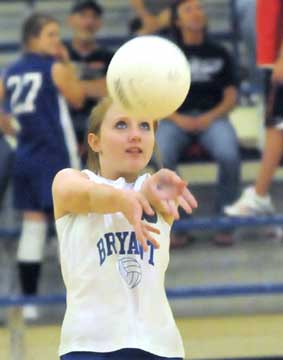