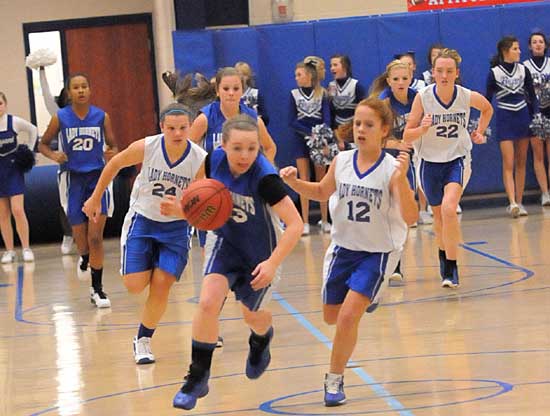 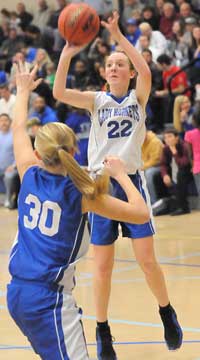 Bryant White led just 4-2 after a quarter then put together a big second period to extend the lead to 16-4. Bryant Blue rallied late after trailing 22-9 going into the final stanza.

“I was very pleased with our defense,” said Bryant White coach DeAnna Ward. “We were able to put a lot of pressure on them early. We have been working on starting the game more intense and trying to get the quick lead.

“Most of our points come from steals and I want to see us run an offense better,” she added. “We need to have a more balance attack.

“I knew it would be hard going to Bethel,” Ward noted. “It is a tough gym to play in because of the crowd.”

Now 6-1, Bryant White hosts Greenbrier on Thursday.Bryant Blue, now 5-5, has completed its pre-Christmas schedule. The next game for the Lady Hornets will be Jan. 5, at home against the Anthony School. 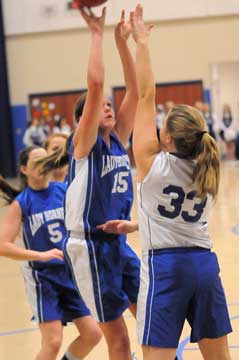 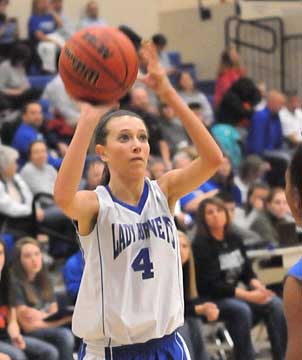 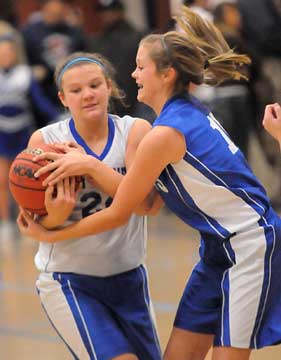 Bryant Blue rides early success to win over Bryant White in seventh grade girls battle
Calley: Award ‘is an honor for everyone involved’