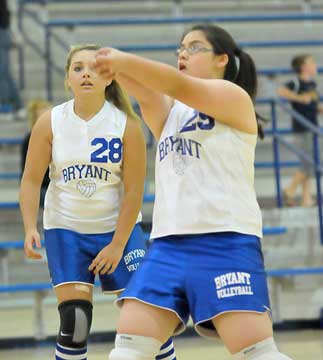 The Bryant White Lady Hornets eighth grade volleyball team of Bryant Middle School came up with a win in the first game of their match against Conway Monday night and they came just a few plays away from gaining a sweep in the second game. But Conway pulled out a 26-24 win in that second game then went on to win the match 15-8 in the third game.

“We are getting better every game,” stated coach DeAnna Ward. “I am still trying to get everyone some game experience so I can see what they can do in front of a crowd. Everyone played.[more] 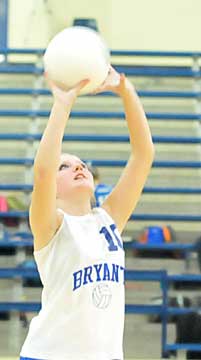 “We have had three quick games since school started and will use the next week off to really focus in and tweak our starting line-up,” she added.

The Lady Hornets are off until they take one of the North Little Rock eighth grade teams on Tuesday, Sept. 7. 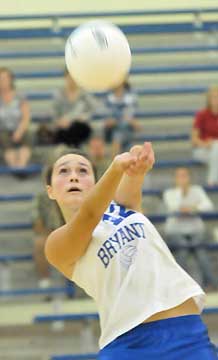