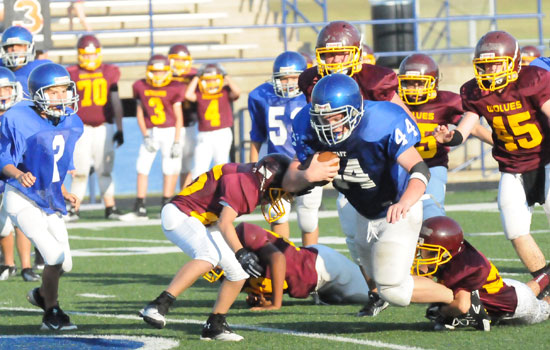 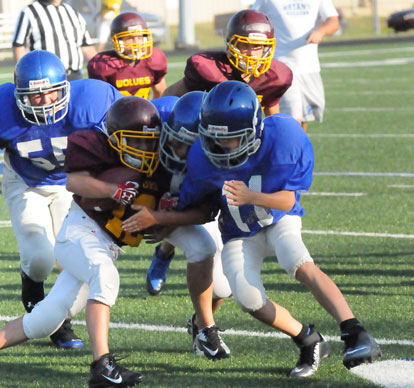 “The first half, we didn’t take care of the ball and execute,” said Bryant White coach Brad Smothermon. “But, in the second half, we finally got it figured out. The kids played hard in the second half and the defense played well except for one long touchdown run late in the game.”

Jesse Windemaker punctuated on of Botti’s touchdown runs with a two-point conversion. Botti ran for the other conversion.

Bryant White is scheduled to compete in a jamboree in North Little Rock this Saturday. 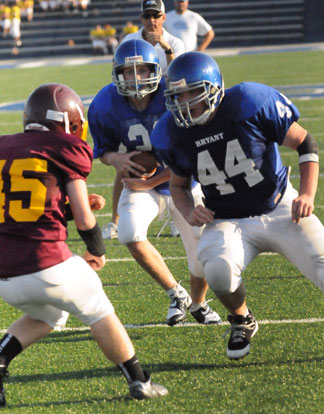 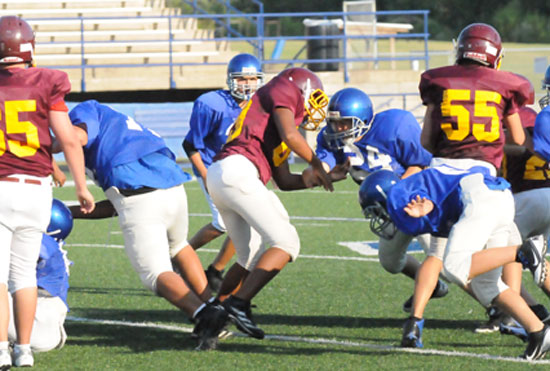 Tyler Jordan (24) takes on a blocker as the Hornets scramble on defense. (Photo by Kevin Nagle)