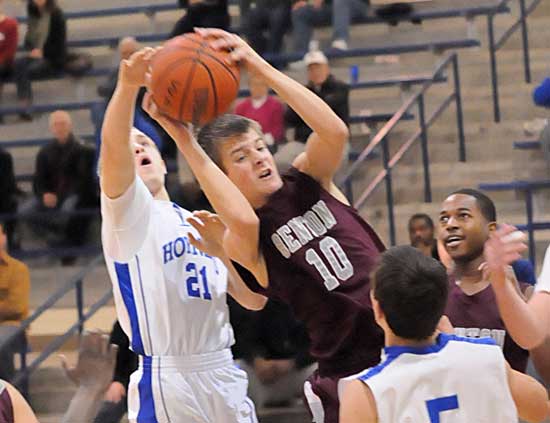 So far, things have gone according to the seedings with the top four seeds in both the girls and the boys brackets advancing. There have been no upsets. Tonight's boys games pit the second-seeded Conway White team against third-seeded North Little Rock at 5 p.m., then top-seeded Bryant will take on fourth-seeded Little Rock Catholic, a team the Hornets were unable to defeat during the regular season, losing a non-conference game against the Rockets at home then losing the league contest at Catholic.

In girls action, undefeated and top-seeded Conway White takes on fourth-seeded Benton at 6:30 after No. 2 seed Cabot South takes on No. 3 seed North Little Rock at 5 p.m.

Championship games will be played on Saturday afternoon.

Here are the brackets: