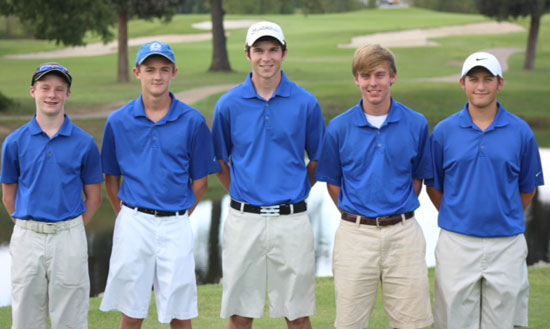 ROGERS — Sophomore Drew Castleberry earned all-conference honors after turning in a first-round 78 at the first day of the Class 7A State golf tournament at Lost Springs Country Club on Tuesday.

The first day was counted as the 7A-West Conference championship so the Hornets finished fourth in the league race.

Nick Canale carded the Hornets’ second best score at 82 with Logan Moore at 89. Chase Thornton turned in a round of 90 and Luke Brantley finished at 95.

Forecasts for Wednesday morning call for calmer winds but only slightly warmer temperatures.