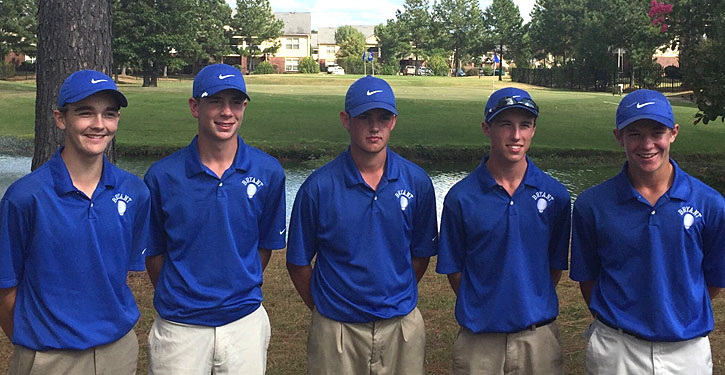 CONWAY — Tanner Caton turned in a pair of birdies to finish at 4-over 80 on day two of the Class 7A State golf tournament at Centennial Country Club today.

For the two days, Caton pulled even with teammate Drew Darbonne for the two-day event. Each finished 36 holes at 165, trying for 25th overall.

Fayetteville captured the team championship with a two-day total of 599. Cabot was second at 613. Bryant finished eighth at 681.

Caton turned in a birdie on the par-5 seventh hole then got another one on the par-5 10th. He had pars on 1, 3, 5 and 13 before finishing up with pars on each of the final three holes.

Scott Schmidt followed up his 82 on Tuesday with an 89 today. He started the second day well with pars on 2, 4 and 5 but was over-par on each hole afterwards until hitting par on 17.

Landon Allison carded a 91 today after finishing at 89 on the first round. Brendon Morton completed the Bryant contingent with a 99 today. He shot 97 on Tuesday.