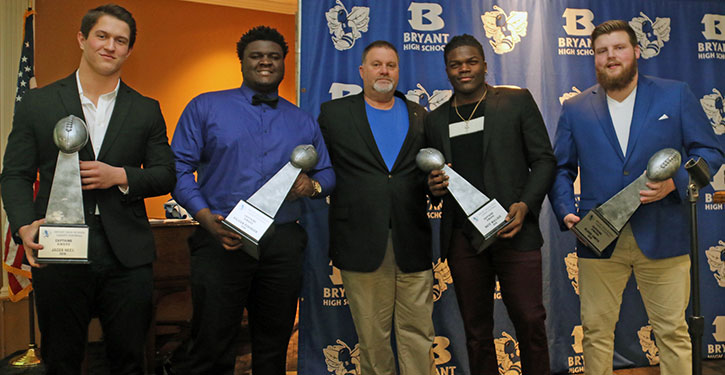 The members of the Bryant Hornets were awarded rings for winning the 2018 Class 7A State football championship Monday night to highlight the annual banquet celebrating the season, held at Geyer Springs Baptist Church.

In addition, team awards were handed out including the Joe Wishard Hornet Warrior Award and scholarship which went to quarterback Ren Hefley, who was ranked 10thacademically in the Class of 2019 at Bryant High and served as Class president.

In addition, the 12thMan Award went to Lynn and Lana Chaffin for their support to the team.

The Hornets’ school records were listed, and lettermen were announced.

Mark Knowles, president of the Touchdown Club, served as emcee, along with head coach Buck James.