FAYETTEVILLE — The 2013 Chile Pepper was like running in guacamole. 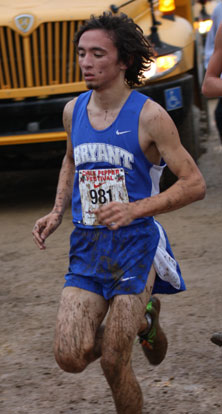 Cold, wet, windy and plagued by lightning that forced the cancellation of the junior high boys and girls races, Saturday’s annual cross country festival at the University of Arkansas’ Agri Park was an absolute mess.

Bryant Lady Hornets coach Danny Westbrook, now in his 33rd year as a track and cross country coach called it, “some of the worst conditions I have ever seen for a cross country race.”

His girls wound up ranked 22nd in a field of 55 teams despite the fact that the team’s fourth-place runner, Talyn Billins, was left out of the scoring for some reason.

The Hornets, meanwhile, finished 26th in a field of 71, eighth among Arkansas teams.

“The mud made for some horrible footing,” stated Hornets coach Steve Oury. “I was glad we made it through injury-free. The boys fought hard in exceptionally bad conditions.”

“I was proud of the way our girls competed,” Westbrook said. “Most of the course was just deep mud. Basically, just making it to the finish line was a huge accomplishment.”

The Lady Hornets were the sixth Arkansas team to finish despite Billins being left out of the scoring.

“I assume it was just a weather-related oversight,” Westbrook quipped. 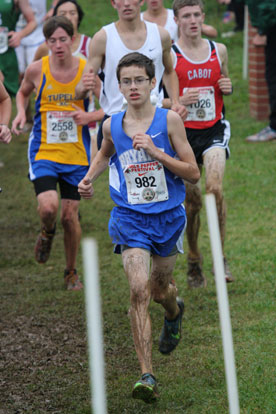 “We improved on last year’s showing even though two of our top runners, Tyler Purtle and Connor Wilson, are both recovering from injuries,” Oury noted. “Nathan Stewart had his best race of the season and really helped our team performance. Charlie Terry and Ben Majors both did a great job leading the way for us.”

The Bryant team is scheduled to run at a meet in Russellville this Saturday, Oct. 12. 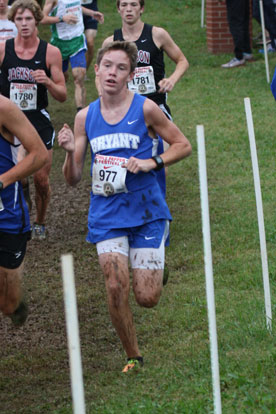 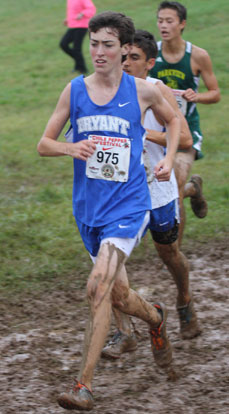 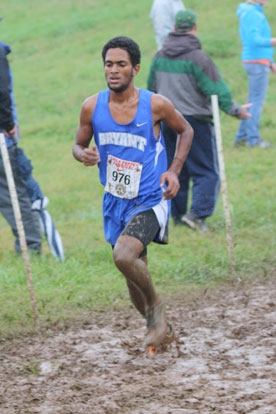