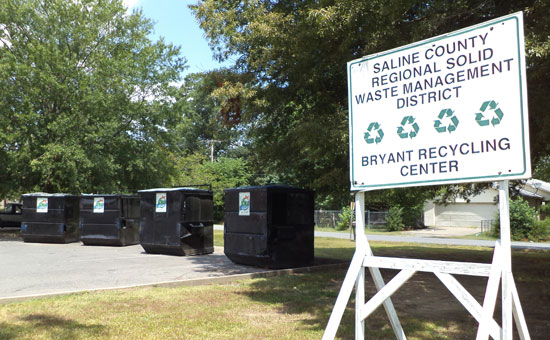 The City of Bryant announced today that it has been selection as the “Government Recycler of the Year” for 2013 as chosen by the Arkansas Recycling Coalition (ARC). The acceptance of the prestigious award will take place at the ARC Conference and Trade Show in Eureka Springs on Sept. 23-25.

In 2013, Bryant led a campaign focusing on a more efficient and economical government structure via each city department. The waste-conscious policies enacted by the city included paperless software management systems, environmentally responsible technology, reuse of city resources/equipment, and single stream recycling bins placed throughout the community.

In addition to the ARC Award, The City of Bryant has also been named a “Tree City” as recognized by Tree City USA ® for similar works and green initiatives in the community. By utilizing environmentally responsible practices, the city hopes to serve as a model for other communities throughout the State of Arkansas.

“I am so proud our City is the recipient of this award,” said Heather McKim, Bryant City Clerk and ‘Go Green’ administrator. “Every department has worked very hard to find ways to recycle and be more efficient with our resources. This is an area that is important to all of us.”