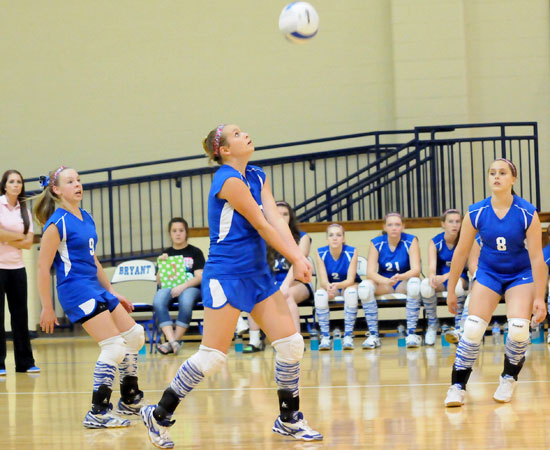 The Bryant Blue Lady Hornets eighth grade volleyball team of Bethel Middle School started their match with the Conway Blue Lady Wampus Cats with a hard-fought game in which they extracted a 25-23 win on Thursday, Oct. 3. But Conway answered with a 25-16 win in the second game and won the match 2-1 with a narrow 15-13 win in the final game. 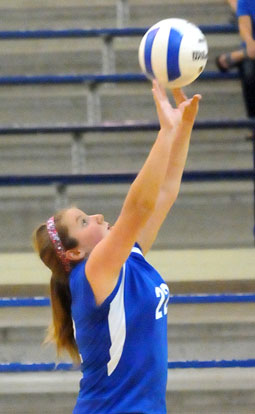 It was just the third loss of the season for Bethel, 13-3-2, going into their final match at home against Bryant White of Bryant Middle School on Tuesday, Oct. 8. 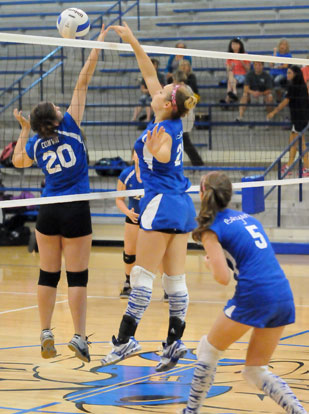 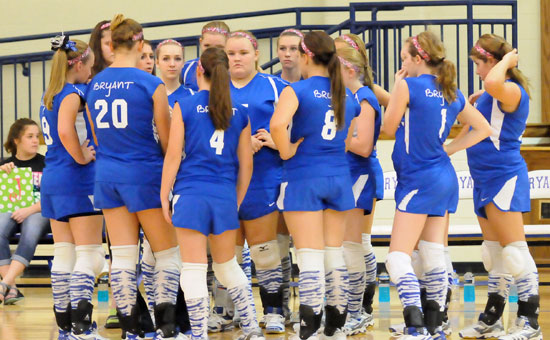