Bryant Lady Hornets volleyball coach Beth Solomon knew that her team’s inconsistent play, even in a pair of[more] conference sweeps in the last week, could eventually come back on them and the prime chance of that would be on Thursday, Sept. 15, against the Conway Lady Wampus Cats. 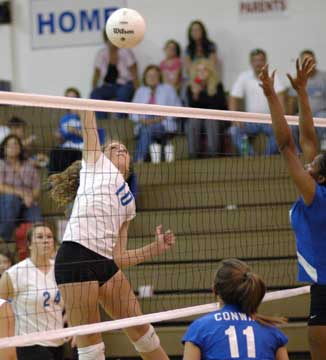 Conway has long set the standard for volleyball in central Arkansas and, often statewide, and this season is no different. The Lady Cats came into the contest 7-1 overall and 4-0 in league play. It was, however, an opportunity for the rising program at Bryant to make a statement and grab a share of the conference lead.

Fired up for the showdown, Bryant won the first game, 25-20. But Conway matched their intensity in the second game and won 25-14. The third game was pivotal and it turned out to be a battle that the Lady Cats survived 25-22. They closed out the win in four games, 25-13.

The loss dropped the Lady Hornets to 4-3 overall, 3-2 in conference play going into a tournament in Russellville on Saturday. 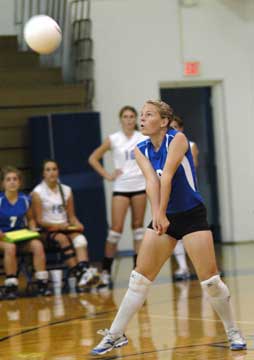 “Our biggest issue is consistency,” Solomon reiterated. “We told the girls after the game that we’ve got to fix our inconsistencies. We’ve got the skills, that’s the hardest part; now we’ve got to fix the easiest part — being consistent and playing together.

“Conway is a very good team,” the coach acknowledged. “They go undefeated nearly every year and are still undefeated this year so far. This game marked our first of our three hardest games in conference and it didn’t go as well as we’d hoped. We’ll use the tournament on Saturday to fix things.”

Next week, the Lady Hornets host Van Buren and North Little Rock in league contests to complete their first or two runs through the league.

Against Conway, Brianna White led the offense with eight kills. Alyssa Anderson added six and Brooke Howell five. White and Hannah Rice were in on three blocks including a pair of solos apiece. 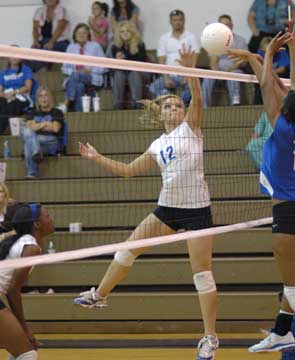 Reed led the team in digs with 10. Rochelle Aguilar came up with eight and Hannah Rice seven.

In the JV game, Aubree Allen, Alex Boone and Carley Choate each had four kills. Allen also had two solo blocks. Erica Smith had one. Carley Choate set for 16 assists. Kaylon Wilson and Caylin Choate led the team with seven digs each. Carley Choate and Britten Hays came up with six digs apiece.

In service, Caylin Choate led with nine good serves. Carley Choate and Wilson each served up an ace. 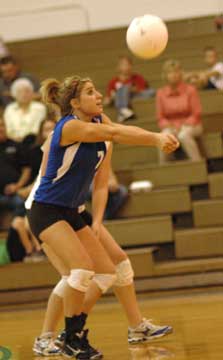 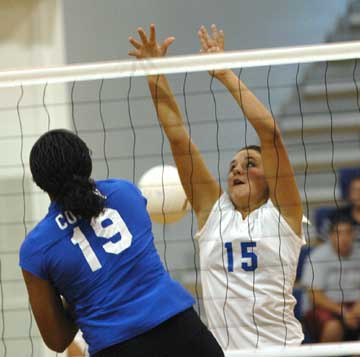 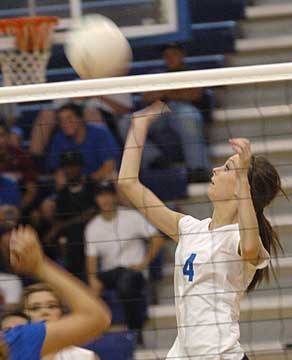 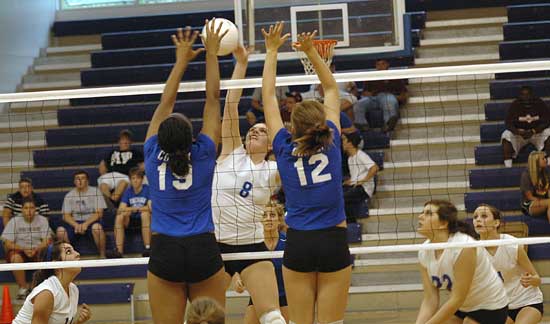