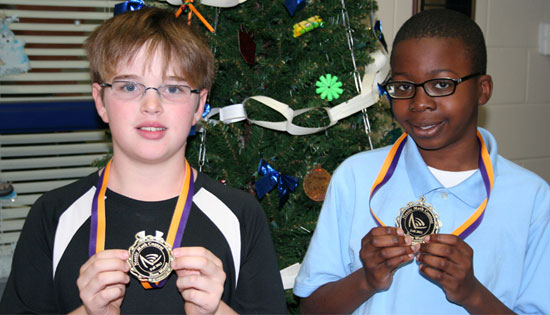 On Friday, Nov. 30, Nnume Nwankwo and Miles Burgess from Davis Elementary School learned[more] they both earned Team Captain and National Honorable Mention Awards based on their participation in the Noetic Math competition.

The Noetic Learning Math Contest is a biannual math challenge for elementary students. The goal of the competition is to encourage young students' interest in math, to develop their problem solving skills, and to inspire them to excel in math.

The Noetic Learning Math Contest includes fifth graders from the entire United States, so this win represents a great honor and accomplishment for these young mathletes and a source of school pride for Davis Elementary.