Early advantage holds up for E-Stem Charter against Blue girls

LITTLE ROCK — The E-Stem Charter School Lady Mets of Little Rock held the Bryant Blue Lady[more] Hornets of Bethel Middle School to just 4 points in the first half and held off a late rally for a 29-21 win in pool play at Episcopal Collegiate’s Wildcat Shootout Thursday. 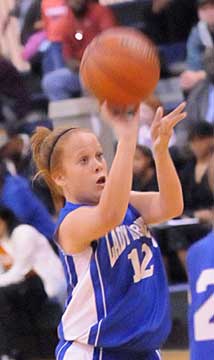 The Lady Mets built an 8-2 lead in the first quarter and held a 17-4 advantage at the half. It was 27-11 going into the fourth quarter.

Bryant Blue wraps up pool play in the tournament today at 4 p.m., against Lighthouse Charter Academy. Semifinals and finals for the Shootout are Saturday. 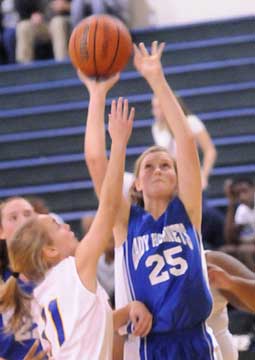 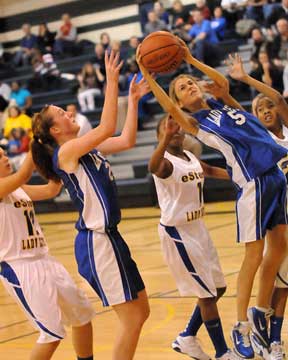