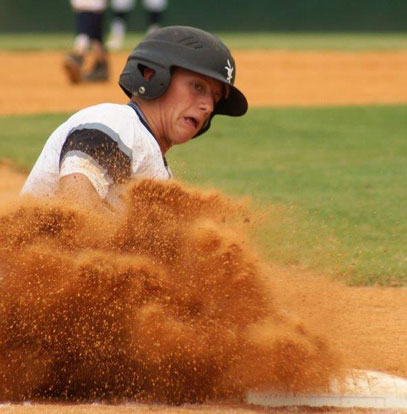 MEMPHIS — It’s always nice to be up early.

The Bryant Black Sox Senior American Legion team busted out to a 5-0 lead over the first two innings with some help from Dagin Renck, the starting pitcher for Team Colorado (Schmunk), who struggled with his control.

Bryant hurlers Seth Tucker and Jeffrey Hastings made that hold up in a 6-3 win to open pool play at the annual Keith Hagan Memorial All-American Classic on Friday at Gagliano Field.

Today, the Sox continue pool play with a game against the Batters Box (DeMarini) of Collierville, Tenn., at 4 p.m., then another against the Memphis Tigers (Cook) at 7.

The Sox managed just five hits with lead-off man Logan Allen going 3 for 3 with two stolen bases. He was on base a fourth time when he was struck by a pitch. 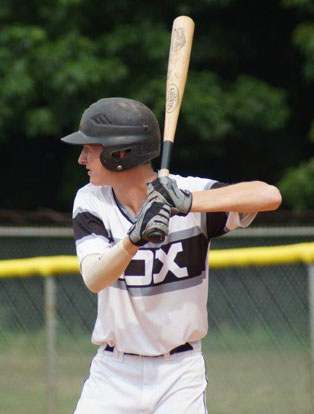 Tucker held the Parker, Colo., team to one unearned run over the first three innings then Hastings threw the final four, scattering six hits and allowing single runs in the fourth and the fifth.

Jose Treto relieved Renck for Team Colorado in the second and completed the game, giving up a run on three hits with a walk and three strikeouts over the final 5 2/3 innings.

Allen started the game by legging out an infield hit then taking second on a passed ball. Dylan Hurt got a bunt down and beat it out for a hit. Allen scored from third moments later on a wild pitch. Renck then issued walks to Garrett Misenheimer and Aaron Orender to load the bases. With one down, Tucker walked to force in Hurt and it was 2-0.

Misenheimer scored on a wild pitch then Joey Cates got Tucker home with a grounder to first.

In the home first, Tucker surrendered a one-out double to Kyle Cardona. He struck out Jordan Stubbings but an errant pickoff throw allowed Cardona to take third. He then scored on a wild pitch before Tucker fanned Noah Winkleman.

Renck got an out in the top of the second but then hit Allen, unleashed another wild pitch and walks Hurt and Misenheimer to load the bases. That resulted in Treto taking the mound.

He got Orender to fly out to shallow right but then struck Jake East on a 1-0 delivery to force in Allen, making it 5-1.

After that, however, Treto retired 12 of the next 13 batters, surrendering only a lead-off single to Allen in the fourth.

In the meantime, despite an error and a hit batsman to start the home second, Tucker kept Colorado off the board, inducing infield pops to East on either side of a strikeout.

In the third, Wade Council and Cardona led off with singles but Tucker got Stubbings to ground into a doubleplay then Winkleman fouled out to Misenheimer outside third.

Hastings relieved in the fourth and surrendered a lead-off double to Justin Olsen, who advanced to third on a groundout and scored on a sacrifice fly by Brodie Marino.

A two-out RBI single by Winkleman cut the lead to 5-3 in the bottom of the fifth but the Sox got that run back in the top of the sixth when, with two out, Allen beat out a bunt single, Hurt walked, an errant pickoff throw sent Allen to third and Misenheimer singled him in.

Colorado’s Toby Scoles led off the home sixth with a bloop single but Hurt threw him out trying to steal. A two-out walk and another hit followed but Hastings got Council to fly to center to end the threat with the 6-3 lead intact.

Hastings closed it out in the seventh, pitching around a two-out single. 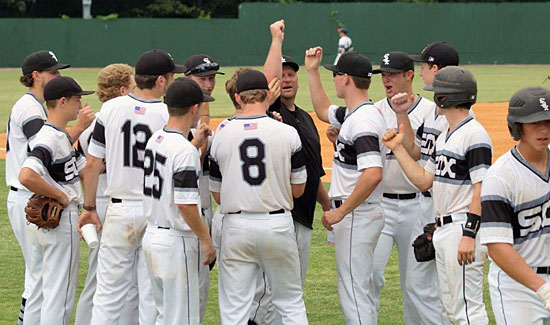