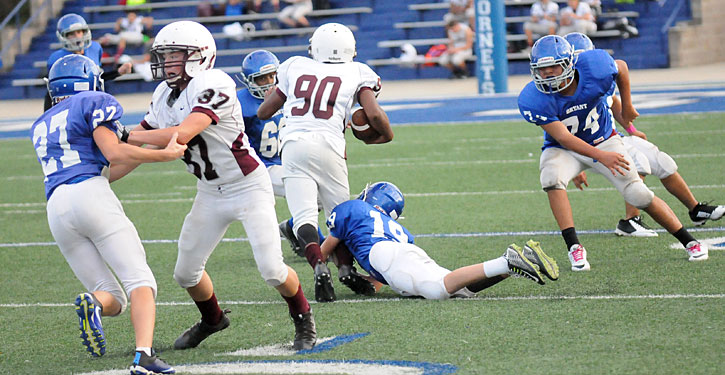 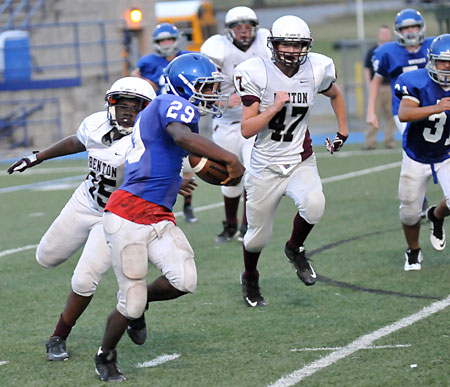 Arthur Woods (29) slips a tackle as he turns the corner as Jose Gildarte (31) hustles to provide additional blocking downfield. (Photo by Kevin Nagle) 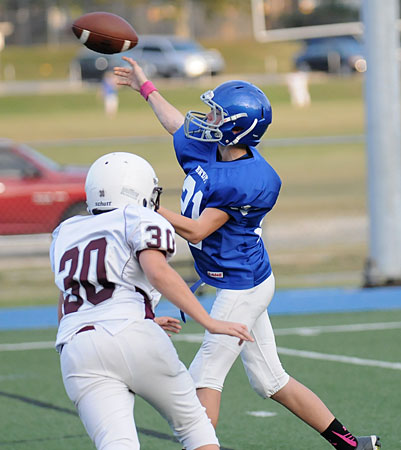 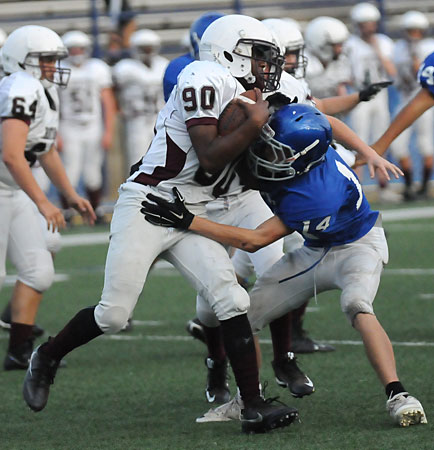 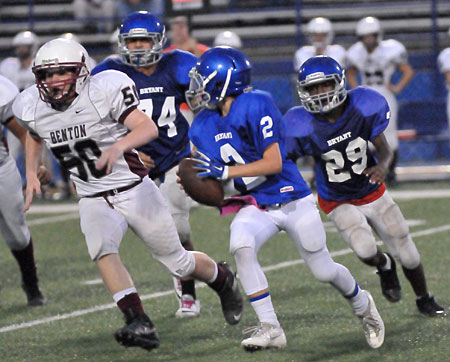